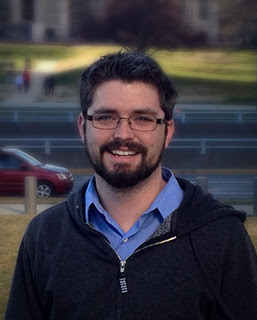 Here at Digitally Downloaded, a few of our team has been spending a substantial amount of time with the recently released indie gaming console, Ouya. In doing so, we came across a unique hybrid indie title that creatively mixes Dubstep music and twin-stick shooting mechanics together in such a way that is not only original, but intensely fun.

Appropriately titled Dub Wars, the team is using the Ouya platform to beta test the project and has recently launched a Kickstarter campaign to raise additional funding for the title. We reached out to MURA Interactive to find out a little bit more about this unique title and to get some insight on its thoughts how the Ouya console will fare within the gaming industry.

Digitally Downloaded (DD): What are your priorities over the next 12-18 months?
Sam Sawyer (SS): We’ll be focused on bringing on artists in to fill the game with the promised 10 levels. We’d love to do more, and may depending on the support we receive! A few days ago we announced that Pegboard Nerds’ “Self-Destruct” along with Tristam and Rogue’s “Rewel” would be in the game. We’re really excited to get these songs underway. We’ll be using an OUYA beta program where people can play all of the levels as we create them and give meaningful feedback on the direction we take.

DD: Dub Wars is now in beta on Ouya and its Kickstarter campaign is now in full swing. What can you tell our readers about your game?
SS: Before I tell you about DubWars, why don’t you just go play it? On the top of our Kickstarter page (www.dubwarsgame.com/kickstarter) there’s a link to download the free demo. You’ll notice that unlike any top-down shooter you’ve ever played, you are not in control of when you fire! It’s a really unique experience that brings the focus back to the music in the gae and encourages you to learn and anticipate the flow of the song and using it to either evade your enemies, or destroy them.

DD: What was the inspiration(s) behind Dub Wars?
SS: We were sitting around the big office table brainstorming ideas for a game that we could have ready in time for OUYA’s public launch. We came up with a lot of really fun proposals (including one where you fire weapons based on dubstep) and voted on which one we should pursue. I don’t even remember which idea won. It didn’t matter, you could tell no one was really excited about it despite the vote. I remember Joe, our manager, looking around the room. “Screw it” he said. “Let’s do the dubstep one!” Best decision ever.

DD: You’ve clearly embraced Ouya as a platform for Dub Wars – how has the development process been for Ouya?
SS: We knew when we backed Ouya’s Kickstarter that developing for a brand new console would be challenging and rewarding. Every time they would update the system with the newest improvements it would break DubWars. As a new console we knew we would need to endure such a process, and it actually became a helpful debugging tool. If the game suddenly stopped working, we didn’t have to panic – we just checked for updates.

DD: Has Ouya development differed from the other platforms you’re currently working (or worked) on?
SS: We have always used Unity3D which makes exporting to different platforms extremely easy. The only difference with Ouya was the ODK (Ouya Development Kit) that needs to be installed in the unity project. The ODK makes exporting to Ouya as simple as any other format. It’s pretty awesome.

DD: As an indie developer – what are your overall thoughts on Ouya?
SS: I think the Ouya is super cool. They’ve got a great team of dedicated people at the head of their company and I believe that they have gamers wants and needs in mind. We have really enjoyed how personable and supportive they have been during the last few months. They are as excited as the developers are to get these fun indie titles into the hands of gamers. I’m excited to see more details about nVidia’s (unreleased) Grid app for the Ouya. It takes the controller input and sends it up to the cloud where the game is playing, then streams back HD video. At E3 I was able to play Medal of Honor on the Ouya! So cool. There have been cloud-based gaming services for a little while now, but this cheap little console/controller combo blew them out of the water. Am I saying this is the future of gaming? Yes.

DD: You’ve signed a deal with NYKO to bring dual analogue controller support to Dub Wars on Android platforms. Now that iOS platforms will support third party controllers with the release of iOS 7 – will it also also gain dual analogue controller support as well?
SS: Like a lot of other people, we’ve been watching the Mac rumour sites for leaked details about the controller support. I’m was most excited at the image of the LG controller that clearly had an iPhone 5 sized hole and lightning connector built into it. Will we be able to play games on our Apple TVs and interface in a Wii U sort of way? I don’t know, but I’m eager to find out. As for NYKO specifically, the Playpad Pro already connects to iOS devices, and will be supported on launch.

DD: What are your overall thoughts on mobile platforms gaining controller support? Is this going to be a game changer for these platforms?
SS: For mobile games that are designed to work with a controller it can be really nice. I played Windup Knight at E3 with a NYKO Playpad Pro and it was a lot more fun than when I had played it with the touch controls on my iPhone. We feel that similarly DubWars will be a good game without the controller on mobile, but would definitely benefit from the tactile response that a controller adds. However, if a game is designed and optimised around a touch interface, I’m sure everyone would agree that a controller wouldn’t be necessary.

DD: Lastly, what games are you currently playing?
SS: I’m playing The Cave by DoubleFine. It’s really pretty. I’m about halfway through, and fully admit to having Googled a couple solutions to puzzles. As soon as I get through it, I think I’ll need to get FarCry 3 Blood Dragon.

The weekly discussion: Gaming on the go edition