This past weekend, Brutal Gamer went to the Rezzed gaming expo in Birmingham, England. The show is all about indie gaming, specifically indie gaming on the PC, and man did it not disappoint.

BG got hands on with a good number of titles yet to come including the very impressive Oculus Rift and the Undercurrent game for it. The Rift was just the tip of the iceberg as to what was cool at the show though as we got to check out some of the best of the best in independent games that are on the way for 2013 and beyond. 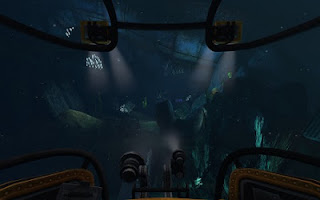 With lines out of the booth and down the aisle, getting to the point where we could spend some time with the most exciting virtual reality peripheral to come along since the Virtual Boy wasn’t exactly a fun experience. Fortunately, actually spending said time with this incredible piece of tech was indeed quite fun. Could the Rift be a case of ‘believe the hype’? Kind of seems so at this point.

Playing an underwater exploration title called Undercurrent, the Rift provided for complete immersion into the game’s watery realm. Head tracking worked flawlessly and so did the sense of movement, giving what could have been a ho-hum game a real kick in the pants just for the newness of the sensory experience.

Click here to check out the full report on why the Oculus Rift is causing such a commotion in the in industry.

The Games of Rezzed

We’ll have game hands on reports from the show coming up all week at Brutal Gamer, but we’ve actually posted up a bunch already. Rezzed was heavy on new titles that were really impressive- and not just in the graphics department either. 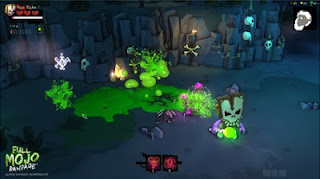 True to the independent spirit of the show (and the Indie scene in general) a good chunk of the games at the event were fun, well designed and had some very interesting ideas behind them. These are games that you probably wouldn’t see coming from the big production houses of the gaming industry, a fact that allows creativity to really take hold.

Here are the first few games previewed on BG that really grabbed our attention:
And don’t forget to keep an eye on the Expo tab at the top of the page for updates all week long.

The best of the rest
While that was some of the biggest news to come off of the show floor at Rezzed, there was way more going on in the world of gaming and pop culture this past few days. Here’s a few of the other big stories that appeared on BG: