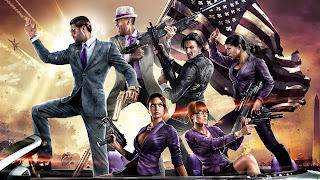 Over the last couple of days the gamers in Australia have experienced something that is nothing short of a farce with two games in two days being refused classification for some truly ridiculous reasons.

But to play the devil’s advocate here; it’s not the classification board that is solely at fault; these two games prove one thing and one thing alone – that the games industry has a very, very long way to go before it earns legitimacy in the broader social, cultural and artistic environment, and the gamers themselves are as much to blame as the Censorship… sorry, Classification Board.

To start to explain what I mean by this – back when that R18+ rating came into effect in Australia, people rightfully celebrated. But the games community also largely celebrated for the wrong reasons – the R18+ rating was seen very simply as a victory for adults getting to play more games. It was seen as a win for the adult’s right to play the games they wanted to.

I’m not for a slightest debating that, because that was indeed a consequence of the R18+ coming in (in theory, at least). However, after that round of high-fives, gamers in Australia failed to transition the discussion to far more critical topic for which the R18+ rating was critical; the legitimacy of games as an art form and creative expression.

Critical to the games industry earning legitimacy as an art form and creative outlet is that it needs to be able to be topical – to address the social, economic and cultural issues that are are important in the broader world. The R18+ was to allow these deeper issues in to Australian game consoles while protecting those who are not of a maturity to handle them from being subjected to it.

But the gaming community didn’t want to have that discussion. They get to play their adult games, and that’s where the discussion about the broader role of games in society starts and stops. When a game gets banned, there’s an outcry, but it’s an outcry because it means they’ve missed out on playing a game. As it is with the rest of the world experiences censorship, I note, and by no means am I singling out Australian gamers here.

The disconnect between the way that violence is accepted within games, and yet sexual content is reviled is demonstrative of the community’s unwillingness to accept games as a cultural form of expression and debate. It’s a very easy hypocracy to see in action – if go into a forum and discuss a game like The Last Of Us the violence is tolerated, even lauded. And then try and hold a serious discussion around one of those Japanese games with sexualised content that never get localised in the west. Without even playing the game, you’re going to be subject to juvenile jokes, if not serious questions about your character. That tells me that gamers are not actually handling mature themes well at all but rather their assessment of what is and isn’t acceptable in games is based on nothing more than what entertains them.

This doesn’t happen in the film industry. Films like Irreversible or Lust, Caution feature serious discourse around sex (and sexual violence). These films didn’t get banned – not because the Classifications Board is going out of its way to hold different standards to games and film, though it is in part a concern around the interactive nature of games being higher impact. No, the films are accepted into Australian culture because people in Australia accept that these films are worth discussion. There is meaning in the confronting nature of these films, and the broad society tolerates their presence in the market because of that meaning.

It’s a stark contrast to the response to the banning of Saint’s Row IV where a subset of the games community even stepped forward to support the Classification Board’s decision. According to a News.com.au story “no form of media, being a game or otherwise, should promote sexual violence as a form of entertainment.”

I’m sorry, but on what planet should it be assumed that a game (or film) exists for the sole purpose of entertainment? I for one am glad that the vast bulk of the community understands that a film can be serious. A film can be critical. It can be self referential. It can use dark humour to make a point that is anything but funny. It can be engaging on other, deeper, levels than entertainment. So why can’t games?

Obviously I haven’t played either game that was Refused Classification, but if we were to accept the value of games, and articulate that value to the broader community by having those deeper discussions about games, then they may well have never been Refused Classification. Previous Saint’s Row games were of that “dark humour to make a point that is anything but funny,” ilk, and I have no reason to think that Saint’s Row IV would be any different.

But these discussions around games are not happening, and gamers continue to operate on the immensely juvenile idea that games do only exist for the purpose of passive entertainment. Across the world the vast bulk of the literature and conversations around virtually every game is how much fun it is, or how well it plays. Very little discussion delves into the deeper meanings of those same games.

That is something that we as gamers can take all responsibility for improving. If we want that R18+ rating to mean something in Australia, if we want Apple to allow politically-motivated games on to the App store, and in fact, if we want the censorship of gaming across the world to stop, then we need to show the broader community that games aren’t a meaningless passtime that adults like to play as much as kids.

Because until we can grow up and realise that games can have greater meaning, perhaps we don’t deserve that R18+ rating.