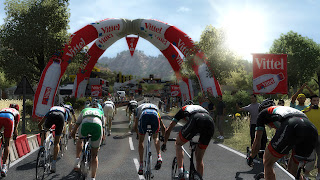 When I started up Pro Cycling Manager 2013, I figured that this would be a very easy game to play. Feed the athletes performance enhancing drugs, drop the occasional bribe to make sure that the drug tests come through clean, and claim the trophy.

Then I discovered that this game doesn’t have a “drugs” button. I’m not sure how we can claim that this is a simulation of the sport of cycling with that in mind, but I digress. 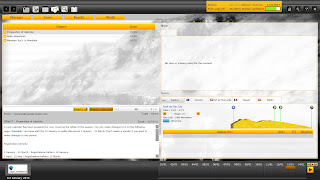 I don’t say this to isolate and ridicule those that get enjoyment out of them. I say it to describe just how out of my depth I felt walking into this world of hardcore simulations where you have so much choice and if you have missed one thing it might throw out your whole career. I am not saying I don’t enjoy manager simulations, I loved the Wii version of FIFA 09 manager mode because it was all pretty simple but at the same time allowed you to put your mark on a team. But those really hardcore Football Manager games are beyond me, even as a fan of the sport. So you can get a sense of how far out of my depth I was when it game time to play this game.

I had to read through about half an hour’s worth of guides to get the basics for this game and I still felt lost. With that said, after an initial process of trial and error I was able to start to get the hang of things. The game presents its masses of information well, it’s just that I had to figure out what it all meant. 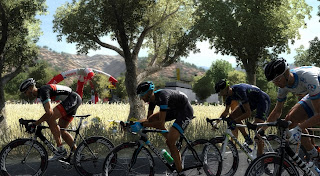 The game is definitely worth persisting with, and there are various racing-only modes if you don’t want to get too involved in the management aspects. Basically, you have an option to suit whatever time you can commit to the game from the short track sprints to the career mode with everything in between.

As with seemingly every game now it has a multi-player option that follows on from the 2012 title and graphically it looks really sleek, I haven’t witnessed the carnage of a crash yet but I can’t wait to see how that works out! So there’s all the production bells and whistles that we’ve come to expect from modern games.

Pro Cycling Manager won’t be one of those must haves for everyone purely for the fact that cycling isn’t as popular as football or basketball and manager sims aren’t for everyone either. But for that niche out there the developers have done a good job in giving you something worth playing.