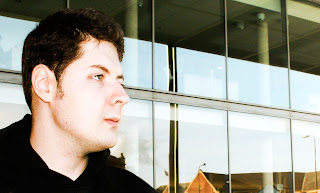 Frozen Synapse is by far one of our favourite games here at Digitally Downloaded. In fact it’s a game that we’ve been raving about for literally years and some of our most heated staff competition have been in moving the little soldiers around the blue environment for short-and-sharp skirmishes.

Now with the iPad release we’ve been hooked in all over again. We’ve also sat down with Mode 7 joint managing director, Paul Taylor, to have a brief chat about the game, Mode 7’s future plans, and what it’s like to be behind one of the most popular tactics games released in recent years.

One answer really did stand out for me in this interview: when I asked if there were any plans to bring Frozen Synapse to other consoles following the Vita release later in the year, the response was “if we find the right partners.” Given that both Nintendo and Microsoft are courting indies, we can’t help but think it would be wonderful if an independent developer with access to a Wii U or Xbox 360 dev kit were to land a port of this game as a project. We want to play it on our TVs as well as on the go!

The full interview:
Digitally Downloaded (DD): What are your priorities for the next year or so?
Paul Taylor (PT): From here on, once we’ve got the Red DLC available for Frozen Synapse and launched the Android version, it’ll be all about our next game Frozen Endzone. We’re really motivated to work on the project and make it as good as possible. 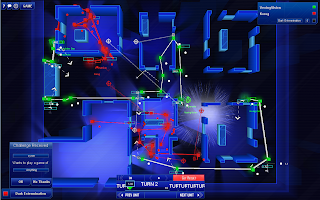 DD: Congratulations on the continued success of Frozen Synapse! What do you think has kept the game going so strongly for so long?
PT: Thanks! We wanted to make a game that filled a specific niche: I think people have wanted a simultaneous-turn-based competitive game for a long time and Frozen Synapse fits into that quite nicely. We also have an amazing community who keep the game alive by talking about it, supporting us when we do new stuff and organising their own tournaments etc. This makes a massive difference and we’re very grateful to them.

DD: What inspired the game in the first place?
PT: Our Lead Designer Ian Hardingham played a lot of Laser Squad: Nemesis in around 2004 and he wanted to make a simultaneous turn-based game ever since then. There were some other influences that game later, like Counter Strike, but that was the fundamental motivation. 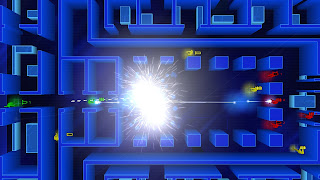 DD: One of the most stand-out features of the game (beyond it’s awesome tactics gameplay) is that visual style. How did that happen?
PT: We wanted to come up with a look that made the user feel like they were working with a sci-fi tactical interface. It was one of the best ways we could overcome a severely limited art budget! We were lucky enough to find a couple of great concept artists and it really evolved from there.

DD: What challenges did you find in bringing the game to the iPad?
PT: Getting the interface right was a huge challenge. Frozen Synapse is a very complex game and most iPad games have quite simple UI’s. We did our absolute best and I’m proud of the results.

DD: You’ve also got a Vita version on the way – are you going to be taking the opportunity to take advantage of the Vita’s additional features?
PT: We’re not handling the Vita version ourselves: it’s being developed by a company called Double 11. They have done a lot of work on Sony platforms before so I’m sure they will make the most of Vita’s features. 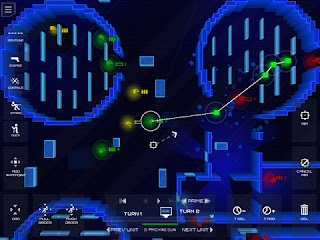 DD: What about the other consoles? We would love to see the game in 3D or making use of the Wii U gamepad, for instance. Or Smartglass. What are your thoughts on Nintendo and Microsoft?
PT: We don’t have any plans for other platforms at the moment (aside from Android of course) but we’re open to all ideas. For us, it’s about finding the right partners and the right way of structuring the deal so if that happens then anything’s possible!

DD: Do you see opportunities to further build the game’s features for a Frozen Synapse 2? What would you do differently in a sequel?
PT: Although we’re not planning on anything specifically, Frozen Synapse 2 isn’t a taboo suggestion around here so it’s not impossible sometime. I think we would probably work on different mechanics and a more ambitious single player structure, so it would’t just be a reskin of the old game or anything like that: it’d be something new.

DD: What games and game developers would you say are your greatest inspiration, and why?
PT: I actually find other indies to be the most inspiring.

For me personally, I was always inspired by Introversion: I think they forged a path that a lot of us are following right now and they deserve a lot of credit for that. It’s been awesome to get to know them.

Cliffski is a great friend and was unbelievably helpful to me when we were starting out. He’s always trying new stuff and pushing himself: that’s very cool to see.

DD: And finally – what games are you playing at the moment?
PT: Starcraft 2 quite a lot: I’m terrible and I only made Platinum last season but my love/hate relationship with it continues.

The weekly discussion: What’s the most complex game you’ve ever played?