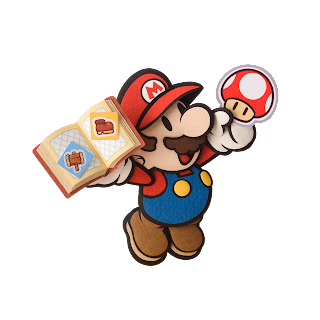 It’s a good week for PS3 and 3DS owners. Gamers will be able to grab a Mario 3DS title, a PS3 FPS classic and a niche Japanese hit all on the cheap.

Paper Mario: Sticker Star (3DS) – This game didn’t work for everyone – for fans of the earlier Paper Mario games, the fact this wasn’t really an RPG at all was a real sore point. If the game interested you but the reputation left you cautious, the game is now cheap enough that it might just be worth picking up.

Battlefield 3 (PS3) – I haven’t played this game but by all accounts it’s worth the $20 it’s currently going for. Given people have spent literally thousands of hours in the game I think it’s safe to say that if you like multiplayer first person shooters you’ll get your money’s worth.

Earth Defence Force: Insect Armageddon (PS3) – This series is a bit of a sleeper hit and has quietly built up a loyal following. If you’ve heard some of the franchise’s cult talking about it, but wondered what the fuss was, here’s a chance to find out.

Well, this is a rather spectacular-looking indie RPG