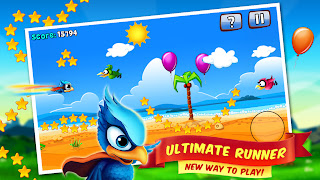 Early on in the 3DS’ eShop download platform there was a cheap and cheerful little downloadable game called Bird Mania. It was an endless runner (or flyer in this instance), and it was not anything more than that, but stylish presentation and a lack of other games on the platform meant it was worth looking into.

Well, no, not really. It’s fun, but it’s going to need some updates to be compelling.

Let’s start with the controls. I’m not the kind of person to be silly and claim that a game has to have buttons before I can enjoy playing games on it. But by the same token when a game does work with buttons, I expect virtual controls to achieve the same effect. If developers can achieve that with Liberation Maiden, there’s no reason to think that it couldn’t also be achieved with something so simple as Bird Mania. 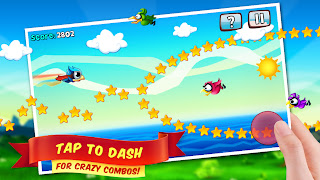 But the developers missed the mark. For a game where, once the space picks up, absolute precision is required to survive, the touch controls are way, way too twitch for their own good. The thumbs might not get in the way of the on-screen action, but I’m a guy that is really, really comfortable with touch controls and I got way too many “game overs” for reasons not of my doing. It is frustrating that there is no sensitivity settings for me to adjust my experience.

In the game itself it is nice to see that the developers have gone to the effort to add new features in that were not part of the original game. There’s some new point scoring opportunities (music notes – grab ‘em all get a big score), and instead of simply tracking one run as your high score, players now do three runs and the combined score becomes the high score. This adds a nice element of challenge to the game and requires greater concentration to get on the top of the leaderboard. Thankfully this leaderboard is now online, unlike the 3DS’ local-only scoreboard.

Sadly the online leaderboard suffers from the fact that there’s a “pay to win’ mechanic at play. Microtransactions give players hearts, which can be exchanged in-game for “retries” – artificially boosting the end score in the process. Unless you spend a lot of money on a lot of hearts you can forget beating the people who do have more money than sense. This is the very most cynical and aggressive microtransaction model and as much as I support the model, I can’t support this one. 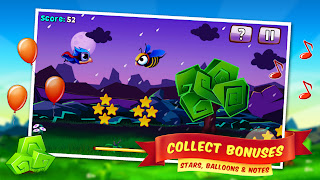 The other great positive to the game is the fact that the achievements now count for something. On the 3DS they mean nothing, but here they add to the Game Center score. It’s a small thing, but it helps encourage the perfectionists to keep playing.

There’s a couple of bugs in the game at the moment such as a propensity to crash between runs, but even assuming this gets fixed Bird Mania is at its heart a game that can’t possibly be considered essential. It’s fun, it’s cute, but it’s not eternal.

Review: Trial of the Clone (iPad)