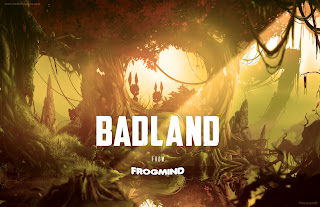 Two former RedLynx developers parted ways with the Trials series and formed a small independent studio, called Frogmind. The team’s first title, Badland, has landed on the iOS Marketplace, bringing top-notch visuals and the signature trial-and-error styled gameplay that we are so familiar with in RedLynx’s games.

Taking cues from the stark aesthetics found in other notorious indie titles like Limbo and NightSky, Badland’s visuals are a tour de force for what Retina-enabled visuals are capable of achieving; by that I mean this game is absolutely stunning to witness in action. By making perfect use of the parallax scrolling technique, the foreground holds the dark aesthetics similar to Limbo, but the background layers find enormously detailed fantasy environments; the contrast between the two layers is dark, bold and beautiful. It’s also pleasing to the auditory senses as well, making clever use of a wide assortment of ambient environmental noises – combining together to perfectly set the atmospheric, eerie mood of this unique title. 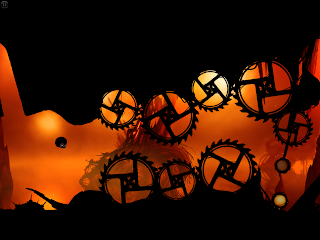 In Badland, you’ll only need a single finger to play the game, but the power of a single touch here is quite the feat. The round alien species known as ‘clones’ take centre stage here and holding a finger on the touchscreen will find them flapping their wings to gain altitude, while tapping the screen will have them flying level. It’s quite simple at first, but numerous power-ups quickly have them spinning to roll on surfaces, sticking to the environment and even altering their size and shape.

It is to be expected from ex-RedLynx members, but the title’s physics are quite spectacular as well. Touch anything in the environment and your clone will respond accordingly. At times you’ll navigate rolling objects into certain areas and at some points you’ll even find your clones being pelted by rock-shooting turrets in a cool slow-motion Matrix-styled effect, which show-off the game’s physics nicely as the clone’s bodies react to the impact of the projectiles and start slamming into each other, followed by the deadly environment surrounding them.

The title is forgiving in its difficulty though, by placing a generous amount of checkpoints throughout each level and an unlimited amount of clones at your disposal. Even still, there are a few choke points where it is seemingly impossible to properly navigate with precision. While the controls suit the game well for the most part, not being able to control the speed of the clone’s forward movement makes some of these sections more frustrating than fun. While these points are few throughout the lengthy campaign, the game’s final level is a pure test of perseverance and patience that left a sour taste in my mouth – it throws absolutely too much at you for such limited controls. 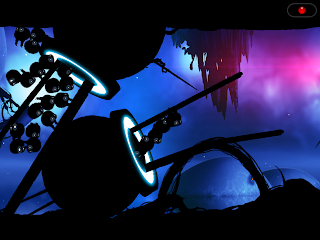 The single player campaign is known as Day One, with a new chapter “coming soon”. I only hope that it doesn’t start out where the final level left off, because the game was genuinely fun up until that point. Each level also offers three missions to challenge your skills, tasking you with things like: finish the level without dying, finish the level with X amount of clones and collecting all the power-ups within a level. This adds a hefty amount of replay value and is even tied directly into the game’s leaderboards, but I found many of these difficult challenges to be quite frustrating – bringing back memories of that masochistic final level. One a brighter note, there’s a local multiplayer mode that is not to be missed, seeing how it has you frantically battling it out with other players through these treacherous levels to see who can reach the end first with the most amount of clones.

If the two ex-RedLynx developers that make up Frogmind have proved anything with Badland, it is that these two men can do a lot more than the Trials series. Badland is Retina-enabled visual masterpiece that shows just how much power a single touch can possess. In this beautifully dark, brooding world there are frustrations to be found for sure, but it is still a unique adventure that’s certainly worth partaking in.

Find me at Game Center: Slapshot82