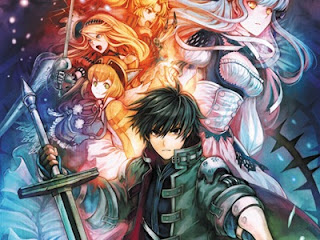 You wouldn’t know it, but Generation of Chaos: Pandora’s Reflection is actually the sixth main entry in a relatively niche JRPG franchise. This makes it tough to appreciate just how dramatically Pandora’s Reflection shakes up the established formulas of the previous titles. If there’s an advantage to this though, it’s that the series is now more palatable for the uninitiated.

Sure enough, this is one of the most streamlined strategy games I’ve ever played – real-time or turn-based. “Casualization” is typically frowned upon in the gaming world, yet Pandora’s Reflection is so superb you won’t particularly care. Minus a few hiccups here and there, the approach is well-executed (especially considering the changes from the last game).
Pandora’s Reflection incorporates both real-time and turn-based elements from the larger strategy genre. Your focus is on small-scale warfare no larger than a single screen. Objectives vary based on the particular mission you’ve been assigned, but the general idea is to take over your opponent’s base whilst defending your own. This is aided greatly by capturing strategy points and destroying those of your opponent. Said points allow you to deploy more units into the fray or send your adversaries packing. Later levels incorporate artillery that can be captured to change the flow of battle.
Moving your units across the map is a cinch. Characters follow linear paths controlled by both the D-Pad and analog nub for two different levels of precision. The pace is admittedly plodding, but holding down the R button speeds things along. 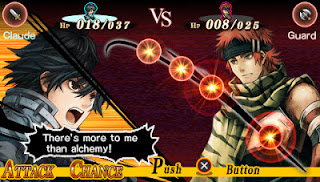 Most of your units are actual characters rather than vague soldier representations, which bolster’s the game’s story somewhat.  Speaking of which, the plot revolves around the conflicts between the lower and upper classes of society as well as the struggle of protagonist Claude’s cursed sister, Yuri. The two must venture through dire landscapes in search of both food and a cure for Yuri. You’ll amass equally perplexed allies from all walks of life including mermaids, alchemists, and valkyries as your struggle gradually intertwines with the fate of the world. The writing is average by genre standards, but there are at least several admirable attempts to break away from archetypal characters and concepts.

Unfortunately, not every attempt to add depth to the gameplay is as successful. You can succeed without any real comprehension of the day and night mechanic or how each character class differs from one another. Claude can also summon some Final Fantasy-inspired monsters to the field, but these seem to be overpowered or useless. Unless you’re in a multi-level chapter, the summon that heals all of your HP can allow for some bland victories. Of course, you can always just forgo them.
The combat itself takes some inspiration from rhythm games. It’s no Orgarhythm for sure, but tapping the buttons with good timing will reward you with greater attack power and larger impact circles. If your units are arranged correctly on the map, the impact circles allow you to strike consecutively with multiple characters at no risk of getting hit yourself. If you’re a little on the sadistic side, you can hit an already-downed foe repeatedly to rapidly build up your summon bar. The timing varies depending on the weapon or character you’re using, thus preventing the whole exercise from getting stale.
Between all battles, you’ll have the option to perform human and weapon alchemy. This serves as the genre’s obligatory micromanaging, although calling it that is a tad generous. You can choose to enhance your weapons or your characters by spending alchemy points. In theory it should be sort of a trade-off, but you always have sufficient alchemy points to do a bit of both. Even the fee for healing characters between battles is scoff-worthy. Alternatively, you can just invest everything into weaponry since the characters level sufficiently by gaining experience in battle. The human alchemy seems more intended for levelling characters you forgot joined your party when you suddenly decide they could be useful. 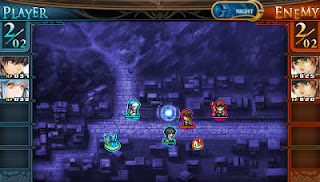 It is also worth noting that Pandora doesn’t heat up immediately. Various tutorials are littered throughout the start that could create the illusion of a shallow game to come. Once you pass through them and march toward the game’s conclusion, you’ll have to come up with some genuinely crafty manoeuvres using the completed battle system (rather than the severely gimped one the game starts with). You may grumble about the length of time it takes for this to occur, but soldier on and you’ll eventually find worthy challenges. Difficulty options from the get-go would have been useful, however.

The whole experience is rounded out nicely by a solid soundtrack and diverse character designs. All dialogue is accompanied by voice acting, thankfully done in Japanese.
Generation of Chaos: Pandora’s Reflection is another title that continues to breathe life into the aging PSP. It may not be the most complex strategy game on the system, but it should serve as a nice introduction to the genre. Even the hardcore crowd should get a kick out of the game’s impact-based battle system and refreshing simplicity.

This might just be the coolest nerd-cool site ever