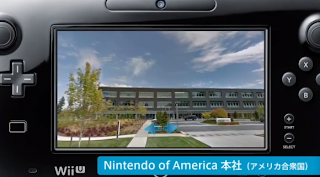 For the longest time I’ve been saying that my main issue with Nintendo’s consoles has been how focused they are on games, to the exclusion of other forms of entertainment.

Yes it’s good that Nintendo is committed to games with its consoles, but Sony and Microsoft have both shown us that gaming consoles that can do other stuff is fun, too. I love Music Unlimited on my PS3 and Vita. I like that I can get my Foxtel TV through my Xbox 360 – especially considering I can’t get it hooked up to my TV in my current apartment. Streaming through the Xbox is my only option there.

But all I have been able to do on my Nintendo devices is play games, and do some basic Web browsing. In Australia we don’t have Netflix, nor TVii, so it’s even worse here than elsewhere in the world. Indirectly this has had an effect on how much I have played my consoles. I don’t think it’s coincidence that the Wii, 3DS and Wii U are turned on less often than my other consoles. It’s not because the games are inferior in any way (far from that), it’s because I have more reasons to turn my other consoles on.

And following on from that I don’t think it’s a coincidence that I spend more money on my PS3, Vita and Xbox than my Nintendo consoles. Again, it’s not from a lack of good games on the Nintendo consoles. It’s simply that, because I have my PS3 on more often, I’m more inclined to buy the PS3 version of multiplatform games.

Even the iPad benefits from this. Right now I find myself spending more time on Might & Magic Duel of Champions or Real Racing 3 than any console game, because I can do it in between watching Anime on Crunchyroll or messing around on Twitter. To have non-gaming entertainment on the same devices that I play my games on makes those devices that much more convenient and therefore indispensable. The more indispensable the console the more inclined I will be to play games on that platform first.

So I was so, so glad to see Wii U Street View pop up as a free download to the Wii U. This is the first time Nintendo has released a non-gaming application that the other games consoles legitimately don’t offer, and the fact that it is so addictive and so entertaining meant that my Wii U has been almost constantly on since downloading it.

Basically, Wii U Street View takes Google’s Street View photos and massive database, and puts the control in your hands via the Gamepad. by tilting the Gamepad, you can look around in a full 360 degree panorama, and navigation is oh-so-easy thanks to the touch screen. On top of that, the software comes loaded with dozens of the most spectacular places in the world to visit and wander around that are a single tap away on the touch screen.

Because this is Google Street View, it’s incredible just how many places in the world you can visit. The first time I loaded the application up my first destination was, naturally, Akihabara in Japan – my home away from home. Within ten minutes I was all set to buy an express airfare to Japan – I was feeling pretty home sick. I recognised everything and at various points I was even able to go into some of the shops and restaurants around the area. In fact I even tracked down as was able to go into my favourite Maid Cafe (yes, I have a favourite Maid Cafe).

My next stop was to go look for the country town that I grew up in, in rural Australia. Google had been through there with the cameras too. The photos were from 2009, and so some of the shops and buildings were no longer there in the real world; the one major flaw of Google Street View is that it is ageing quickly already, but it was my home town.

The next stop was for me to go somewhere that I hadn’t visited before. Pyongyang is a city I have always been curious about – but sadly North Korea is not part of Street View right now – although the recent trip of Google to the rogue nation might change that soon… Tehran in Iran was out too. Based on this and assuming that I wasn’t going to be able to visit any of the “axis of evil” nations through my Wii U I decided to go somewhere a little more touristy: Antarctica. Yep. I was able to hang out with the penguins there for a while, though the actual area I can “walk” around is relatively small. From there I lifted off for warmer climates and Botswana. Unfortunately I wasn’t able to find the now infamous “did they kill him, did they now?” Donkey.

Of course, Street View is no replacement for actually being in the city, state or frozen wasteland, but it is nonetheless compelling to take a virtual tour of places both familiar and foreign. Longer term when it does come time to plan a holiday I have every intention on using this application to help me find places to visit and things to do. Using the Gamepad to explore Street View in the comfort of the lounge room is a much more enjoyable way to explore.

It would have been great if Nintendo had taken the time to implement MiiVerse features into the package – perhaps people could leave notes on areas they visited, or take “postcard”-style screenshots and post them to MiiVerse. Perhaps we’ll see that in an update. Overall this is a good sign that Nintendo does take non-gaming applications and partnerships with the likes of Google seriously. With any luck we’ll see this strategy develop further – a partnership with Spotify, for instance, or a global movies-on-demand provider.