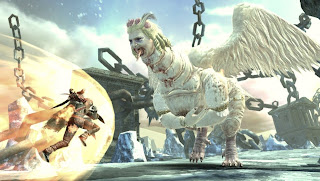 A couple of days out from its PlayStation 4 unveil, Sony has hosted a online briefing for the 2013 of its struggling Vita platform.

Wow. Just wow. If there is any justice in this industry Sony is going to perform a complete 180 degree turn on the Vita and come out so competitive, if not outright on top.

It seems the company has finally realised that the Japan market is critical for a handheld platform. Even the Nintendo 3DS, which many people are happy to say is a very robust business now, is only outperforming in Japan. Elsewhere sales are still deflated. Until now Sony has been so focused on the western market that it has largely ignored the Japanese market, but this year is going to change things around completely.

In the video Sony showcased multiple JRPGs – from the niche (Atelier Meruru) to the mainstream (a port of the brilliant Final Fantasy X). There are multiple Monster Hunter-style games, which always go down well in Japan. There’s the port of the popular Dead or Alive 5, an online RPG in a new Phantasy Star game.

Sony is also focusing its bundles on its Japanese games this year. Last year the bundles focused on the disaster that was the Call of Duty Vita title, and the completely decent Assassin’s Creed. 2013 will see a Soul Sacrifice bundle, and that should go down better in Japan.

And, most importantly, there’s going to be a big price drop. The base model Vita will drop to 19,980 Yen, which the Japanese equate to about $200 dollars in value.

So, in other words, Sony has already made every right move with this presentation. It has addressed every criticism that people had been levelling at the console in the past year, and, as it takes off in Japan – which seems inevitable now – we should see its fortunes start to reverse in the west too.