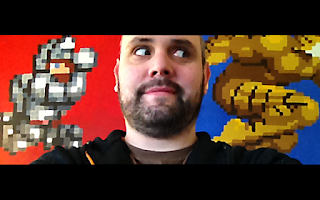 Psychotic Psoftware’s Mike Hanson is no stranger to the gaming industry, as he has worked for an independent developer creating casual mobile titles for years. Today, his upcoming retro inspired 2D shooter, Power Up, is currently in the middle of its Kickstarter campaign and releasing on both Xbox Live Arcade and PC sometime later this year.

Despite what some people seem to believe, the current contraction within the gaming industry has affected the independent sector of the industry as well and Hanson knows the pains of its grips all too well. I recently got the chance to sit down and chat with Hanson about his new title, but while I had the chance, I got an intriguing insight on what it’s actually like to be in the shoes of an independent developer that’s trying to crack into the gaming industry full-time.

Digitally Downloaded (DD): How is 2013 shaping up for Psychotic Psoftware? What are your top priorities for the year?
Mike Hanson (MH): 2013 is already shaping up to be an interesting time for me personally. Having been comfortably (perhaps too comfortably) in the same Games Artist/Lead Artist job since 2006, I found myself redundant when the company officially closed its art department on Dec 31st. This literally meant that I was on my own as of New Year’s Day and it affected me in a few ways. Ultimately, my priority was and still is to find a job in a market that is currently unnervingly reminiscent of a desert dust-bowl! I’m finding that video games is a specialist’s industry at the moment, and I’m more of an an all-rounder.

There’s definitely no monetary gain at this point, nor has there ever been for that matter… in fact, sometimes I wonder if I’m missing something there. I think there might be a bit of a misconception that people who make games are loaded. It’s not true. Even as a Lead Artist in the UK’s north-midlands, I was on less than the national average wage. The truth of the matter is that at the moment, I’m watching what savings I scraped together for software whittling away on survival while I multitask plugging away at Power Up, unpaid for around 10 hours a day with looking, and interviewing for a new job.

I have to admit that last time I was in a similar position, I simply spiralled into Accute Anxiety Disorder after a few months. Luckily, back then I was living at my Mum’s and could afford to lose the plot! This time I’ve got no such luxury. The simple fact is, whether it’s finding a job or making this work, I simply have to succeed. One thing that really helps right now is the knowledge that I’m not alone. My partner completely supports me in this, my family have openly expressed their pride for what I’m trying to do. These are hard times and I’m inspiring and inspired by a great many people trying to get off their knees financially, and make an honest living doing what they love. It’s actually pretty staggering how many good games industry creatives are starving in the hedgerows right now.

If you’re just getting started with an indie game you’re really into, be ready to work hard and make a few sacrifices, but be disciplined as you do it. Focus on the journey and the ways in which you’re developing as a developer. But most importantly look after yourself and learn to spot the signs when you’re starting to come apart at the seams… Don’t worry, it happens, but if you break yourself doing this you’ll be no good to anybody for a good long while. Trust me. I learned that one from hard experience!
DD: Before we go we’ve got to ask – what games are you currently playing when you get a bit of spare time?
MH: Well, my other half is up north with family for week ends quite a lot at the moment. There’s some stuff going on up there that she’s got to be involved in and I’d just be in the way, so while I don’t get to do stuff with her, I do seem to be getting a bit of me-time, and I can’t resist a bit of gaming…
Apart from my occasional dip into mainstream gaming, which I must admit, seems to be leaving me feeling a bit unfulfilled lately, I’ve got two alternative, dirty little gaming habits at the moment…
One is the Xbox live Indie games. I basically have a little session, downloading a big batch of demos. If one takes my fancy, I throw a few quid in and invest a bit of time into playing it. Usually an indie game is fairly completable, so I stick with it until I finish it or get bored, then delve back into the indie games for another batch. My current favourite, and something I’ve been singing the praises of, is Firebase’s ArcadeCraft. I’ve just finished that one and have found myself really hungry for more content. If you’ve not tried it, it’s a real gem. I just hope it generates the interest to see some updates.
My other guilty pleasure is my little quest to emulate every Amiga game I can get to work. I know… that can be gruelling, right? There’s a lot of stinkers, but again, there’s a lot of undiscovered and forgotten wonders there too, and I tend to only give each game a quick go so I can get an idea of what they’re about so the bad bits aren’t too painful. I like to film my little play sessions and throw them up on my highly unsuccessful 1Go-Shortplay YouTube channel, but it’s not about the publicity… there were a lot of great and forgotten innovations in Amiga gaming. I like to think that by doing this “research” some of these ideas will rub off on me and find their way into future Psychotic games.
Before you go, be sure and checkout the new Power Up screenshots: 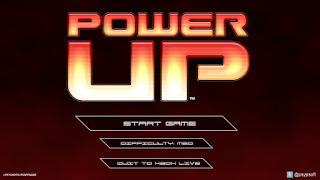 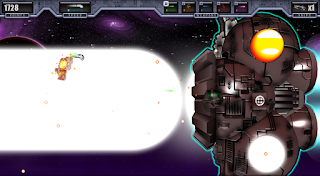 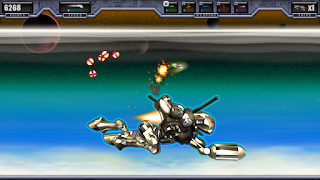 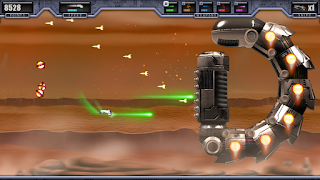 The weekly discussion: What DLC and Microtransactions do you buy?

Sela the Space Pirate is now available on iOS and Android