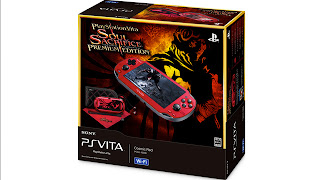 The PlayStation Vita seems destined to become the most under-appreciated console in the increasingly likely event that it fails to see major sales figures.

One of the most common comments you’ll see on discussions about the Vita on websites and message boards is that it apparently lacks for games worth playing. This is patently untrue – on my Vita’s memory card alone I have:

This doesn’t include the games I have deleted off the card already – which includes the perfectly decent likes of Uncharted Golden Abyss. No the range of games on the Vita is not a problem at all – it’s almost like a hidden secret that only Vita owners are privy to.

So if that is not the problem, why is the Vita struggling so much in the market? Others will quickly point the finger at a supposed lack of advertising. The only place I haven’t seen much advertising for the Vita is on TV – across the other marketing mediums it is pushed as hard as a product in its position can be, and TV is a very inefficient way to promote a product such as the Vita.

No, “advertising” is an easy scapegoat, but not the real problem. Here’s a couple of possible alternative reasons behind the Vita’s struggle:

1) The lack of Japanese support

The Vita has had some very marketable support from the western developers and publishers. It hasn’t always been good quality – see Call of Duty, but the likes of Assassin’s Creed and the upcoming Killzone are marketable franchises for the western audience.

The thing is, handhelds need support from Japan to really take off.

Consider the PSP. Sony’s first entrant to the handheld market always struggled in the west, but it was largely irrelevant. The console was wildly popular in Japan, which meant large global numbers. With that popularity came developer interest. Not as much from the western publishers, of course, but Square Enix produced a mass of high-quality PSP games. Tecmo Koei was a major supporter of the PSP (there were no fewer than seven Warriors games produced for the console). More niche publishers threw support behind it, as a reasonably powerful and cheap portable to develop for.

The nature of the industry being as it is, some of those publishers than decided to localise their games for the western market. The result in the west was a console that underperformed, but was a critical success with some very high quality games for the relatively limited audience of western gamers that like Japanese games.

The audience for western games in Japan is very limited – even the mighty Call of Duty on the home consoles fails to really light up the charts. So the Vita with its western-heavy lineup and lack of Square Enix, Tecmo Koei and Namco Bandai support is currently not that appealing to the Japanese. In a catch-22 scenario, because the Vita is so unappealing to the Japanese compared to the Nintendo 3DS the Japanese publishers will, of course, put more effort into the 3DS.

Though Square Enix is still quiet on the Vita front, the good news is that the other Japanese publishers are looking a little closer at the console now. Tecmo Koei, for instance, has some great games on the way in Dead or Alive 5, another Ninja Gaiden game and Atelier Totori. Keiji Inafune’s Soul Sacrifice should do some great business with the Monster Hunter fans. As the Japanese publisher support improves, it’s a safe bet that the Vita’s global fortunes will also start to turn around.

I mentioned the dismal Call of Duty earlier, and I’m repeating it here because that game really damaged the Vita’s future, I fear. The Vita doesn’t lack for genuinely high quality games – consider Gravity Rush, or New Little King’s Story. What the Vita has done poorly is turn one of those ‘hype’ games into a game that equals or betters its console cousins. I’m talking about Uncharted, Call of Duty, Assassin’s Creed – with the games that people look forward to the most when buying a new console, being good is no better than being terrible.

The media’s attention was on these games. These were the games talked about in the forums online. This might be where the console’s reputation for “having no good games,” stems from – the majority of discussions around these good-to-poor games drowns out the discussions that Vita owners have around the great, more niche games.

This reputation can only be reversed when the hyped games start to live up to the hype. Killzone is the next big one for the western market. Fingers crossed that this hits the right numbers for Sony.

But that’s when it’s a healthy economy. The first casualty of tight economic times is premium products – especially when there are cheaper but competitive alternatives. People need an iPhone for work – so it’s justifiable, and then the iPhone plays game, so if you need to save some money it doesn’t feel like you’re missing out quite so much. If you really want a dedicated handheld… well, there’s that 3DS thing that looks pretty funky with its 3D effect and has Mario games on it.

It sounds like I’m being flippant, but the point is that to the general consumer, it’s difficult to justify a console like the Vita right now. All of the Vita’s finest features are real luxuries for people who have the extra money for consoles. Extra money is tight right now and so until there’s a price drop Sony is missing out on a number of otherwise interested consumers.

If you look at the most popular consumer electronics devices right now, there is a common thread between them – they’re popular because their best features are easy to articulate. A thirty second ad tells you that the iPad has a huge range of fun applications. Five seconds with the 3DS makes it very obvious why it’s a gimmicky console, but a fun gimmicky console.

These devices are easy to market. The Vita is less so. “It’s a PlayStation 3 in your hands,” the line might read. Well, ok, but why not just get a PlayStation 3 and enjoy it on a big TV? “It’s got dual control sticks!” Well, great, but you don’t need any buttons for Angry Birds, so it this just a console for the hardcore gamer? “The rear touch screen adds a new way of playing games!” Great… how? “It has 3G!” So does the iPhone.

If a consumer needs to ask a question to a marketing tag line, than in the modern consumer electronics world it’s not an effective marketing line. Look at it closely and the Vita is a difficult device to market as offering something unique that both casual and hardcore gamers “have” to have. And yet, spend a few hours with it and it becomes quite obvious that the console is quite a special one.

5) Retailers don’t want to support it

The PSPGo had a few flaws, but overall it’s actually quite a nice console. What killed it was the complete lack of retailer support. Those few that carried the console didn’t put much effort into promoting it at all, and for good reason; retailers rely on game sales and the PSPGo meant they couldn’t sell any games at all.

The retailers realise this, and they’re less than keen to support the Vita. This is anecdotal, but those retailers that sell the Vita stick it in a corner next to the PlayStation 3 games. The 3DS gets far more attention. The shop staff are also typically clueless about the Vita.

Sony is no fan of retailers, it seems – especially true if those rumours of the PS4 not supporting used games proves true. For their part, the retailers will respond in kind, and without retailer support, any console takes a substantial hit in terms of visibility – and thus potential sales.

We all want the Vita to take off, because it’s a great console and if it does pick up, it will remain a great console for some time yet. Unfortunately at this stage it is danger of also fading into an unfortunate and entirely undeserved obscurity.

A retrospective look at the Nintendo Wii – Part One