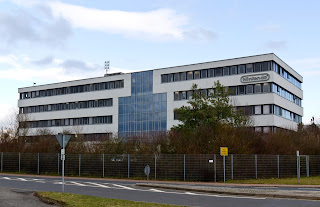 MCV just posted an incredibly interesting story. The news story itself just reports a merging of console and handheld hardware R&D division at Nintendo in Japan, but what is on the surface a dry organisational restructure news story has some dramatic between-the-lines ramifications.

It means that no longer will Nintendo work on handheld and TV hardware separately. In turn it could very well mean the next generation of Nintendo hardware doesn’t separate the two styles of gameplay.

So, in other words, imagine a console that you carry around with you, like a DS or 3DS, but bring it home and play the exact same game on the exact same hardware, only this time streamed through the TV in high definition?

Or, if I was in the mood to be negative, perhaps this is a sign that Nintendo is going to focus on just the one stream of hardware in the future. It’s hard to imagine the company stepping out of the handheld market that has been so lucrative for Nintendo for so long, so I’m certain some pundits are going to take this as a sign that the Wii U will be Nintendo’s last TV console.

I’m more inclined to see this in the positive, former light however. Having one unified R&D team means greater resourcing to come up with even better products. And given that the technology to stream data from a portable device (such as an iPhone) to the TV in 1080p resolution (via Apple TV) already exists, there’s no reason to think this isn’t the future of console gaming anyway. In such a scenario Nintendo is simply working towards a likely future.

A retrospective look at the Nintendo Wii – Part Three