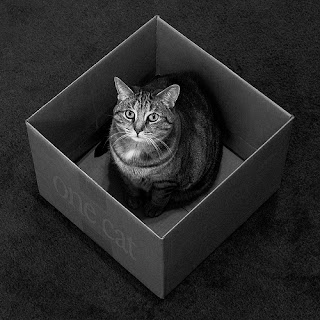 Going forwards, if you ever want to demonstrate a real-life example of Schrodinger’s Cat, you need only refer back to the moment where the Wii U was released. This precise moment is greatly dividing the gaming community about what, exactly, is a next-gen console.

The Wii U has proved itself to be a rather curious console to say the least, but it has no doubt gained a noteworthy amount of acclaim early on for its eccentric design and in offering gamers some new ways to play games. Bottom line, the Wii U is indeed an evolution for us – not necessarily in the direction we were expecting, but progression nonetheless.

However, a persistent argument that is not going away with regards to the Wii U is that the console is supposedly not a “true” next-gen console. In spite of everything the console may have achieved already, a considerable number of people believe that there are conventional standards a next-gen console should attain to be considered a proper advancement over current-gen consoles – and the Wii U does not meet those criteria.

Oliver Wendell Holmes once said, “The mind, once expanded to the dimensions of larger ideas, never returns to its original size”; I would like to take some time to reflect on this, and substitute it as to how it relates to this particular discussion.

Take the Nintendo 64: back in its era, this was a console that, aside from bringing us many classic favourites, first taught us that it was possible to properly explore games in three-dimensional space. The Wii? Before 2005, if anyone had told us that motion control could be implemented with such success in gaming, we would probably have laughed them out the room – yet look at us and all our assortments now. As for the PS3 and Xbox 360? Pushing the phase of HD entertainment is essentially what has now enabled us to better appreciate the domestic visual artistry that is video-games.

These are but a few examples of consoles that used to be the next generation of gaming in their time. Retrospectively, these are introductions that left a significant mark in the industry, and in many cases, built the foundation that other consoles expanded or re-designed upon.

So, does the Wii U meet these principles? Well, it would be naïve of me to pass a final verdict at this stage; the console has only just seen its inauguration, and we need to see how well its intents are valued further down the line. Will it really bring about change? Will its philosophies be largely ignored (as is what happened with the Wii, aside from Nintendo’s own games)? Will its designs be appreciated by us?

It is impossible to say, but I will say one thing. At first glance, the Wii U seems to be a console that was designed rather scattershot; it reaches into many different directions at once, and does not seem to know what it is doing. On the other hand, this professed array of madness with the console may very well be its greatest asset – it gives developers the legroom to be resourceful and experiment from many different angles.

So, to round up this entire hubbub: what is a next generation console? As I expressed before, if it changes the playing field – again, changes it well and for the better – it is a successful next-gen console. Is the Wii U a next-gen console? Well, given what I have said throughout this whole piece, I would say the question “Will the Wii U be a next-gen console?” is more accurate – and unless you have had past experience as a fortune teller at some run-down carnival, to answer to this right now would be impossible.

But to end this on a credibly optimistic note, it has certainly displayed the potential to be proven as one.