EA and Bioware’s Star Wars MMO The Old Republic now officially has a free to play option- and one deadly assassin droid.

It’s kind of surprising (for me anyway), but the F2P option is a pretty complete play experience. I was expecting something that was extremely limiting, which definitely isn’t the case as you’ll be able to play through the complete storylines for all 8 of the game’s classic Star Wars classes- all the way up to level 50.

“We want to give our players the freedom to enjoy Star Wars: The Old Republic when and how they want,” said Matthew Bromberg, General Manager of BioWare Austin. “There has never been a better time to start playing with us.”

And in addition to that news, Bioware has also released game update 1.5 for public consumption. The latest add-on for the online action/RPG includes a bunch of upgrades including a certain assassin droid who’s just itching to fight at your side. 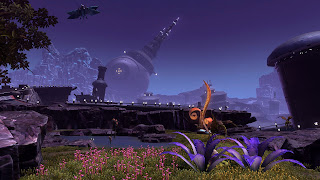