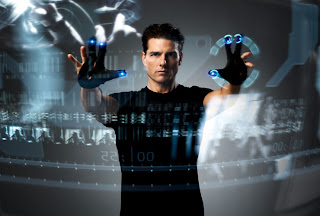 “What are we going to see introduced in next-gen consoles?” It’s the million-dollar question that the entire industry has been speculating on, and curiosity does not die so easily – especially when it comes to a topic as vital as this.

The time for the industry to see a new beginning is drawing nearer and as a result, the direction we will be headed with this evolution lies in what features take off in the next-gen consoles. Significantly, the question of what Sony, Microsoft and Nintendo decide to present as their contributions into the next era of gaming will also extend far beyond the satisfaction (or possible lack, thereof) of gamers. No, given the current state of the industry, these outlets will propose a huge impact on the decisions, productivity and benefit of developers and publishers alike – of all tiers of developers. This, boys and girls, is why we must ponder upon what we truly want to see amount from the next generation.

One of the main evolutions that came with the current-gen was the introduction of HD entertainment to gaming. While in retrospect it has served to be one of the most significant advances in gaming, it also served to perhaps be a premature push in big technology that heavily impacted both consumers and, most importantly, developers. It is a dreadfully costly endeavour, complex to disseminate during development and it was initially a difficult task to utilise efficiently.

Consequently, should the platform holders decide to extensively upgrade the consoles again next generations, it would isolate virtually all prospective mid-tier and independent developers, while leaving the rest of the industry with increasingly expansive AAA budgets. That’s critical – those AAA-budget developers will become significantly risk-averse to the point of unproductive confinement within their games. The result? The next generation of consoles will become overwhelmingly extortionate and barren platforms.

So, given the current state of the industry both financially and in terms of progression with game development (or current lack, thereof), repeating the upgrade path with the next-gen cycle would not be a wise move for the industry as it is right now – it would, in fact, be a momentous detriment to it.

An additional concern that we’ve seen come from the current-gen is the ongoing departure of mid-tier development from the industry. As AAA development budgets are becoming increasingly expansive and leading to developers being risk-averse so as to not alienate fans; that means all the mainstream innovation and experimenting somewhat rests on the shoulders of those disappearing mid-tier developers.

With games like Dark Souls, Persona and Cyanide’s games, for a few examples, it is evident that this tier of development notably contributes to an ample part of the industry. Conversely, the industry is noticeably proving to be a hostile environment for many of these developers to exist (examples being the respective developers of Nier and Kingdoms of Amalur), and the importance of these developers is seemingly going disregarded by the gamers (after all, if these games sold well enough the developers would still be here). It’s distressing, to say the least, that a great deal of the novelty in gaming currently lies unrewarded in the efforts of mid-tiers.

The priority of next-gen consoles should not lie in introducing massive improvements that will not generate any kind of creative thought in game development. The constant push for visual fidelity and dynamic power in games and consoles is just becoming too much of an expensive feat for triple-A games, and is an unreachable duress for most middle-tier games and it’s just completely unsustainable for the industry as a whole.

Next-gen platforms desperately need to concentrate on making console development easier, more accessible and cost-efficient – a progression that will enable platforms to be accessible to developers of all ends, especially the mid-tiers and indies, while calling for a reality-check in triple-A franchise developers. But most important of all, these platforms need to use all this to further initiate innovation from game development – introducing something new to the industry in terms of gameplay.

Remember how the Wii revolutionised gaming by pioneering motion controls? It certainly made a mark in the industry, to the point where we also had the PlayStation Move and Xbox Kinect joined in later on. It did change the way we play games, and it did push many developers to be inventive with their games on the platform.

This kind of ingenuity on a platform with developers pouring into the system is what the next generation needs. Not more graphical prowess, not more “powerhouse” competition, but fresh experiences bursting out the seams – next-gen consoles need to prove how advanced they are using intuition, not expense. The bottom line? This industry needs renewal. As I said in the beginning of this article, we need to think exceptionally carefully on what we truly want to see amount from the upcoming generation; it just might cost the industry a whole new crash if the wrong decision is made this time around.