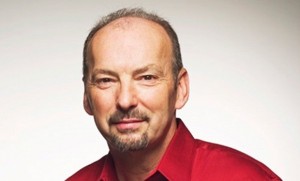 EA Chief Operating Officer, Peter Moore, has confirmed something that many of us knew, but is a frightening statistic for the health of the games industry: too much revenue is generated from too few franchises.

In an interview quoted at Gaming Vogue, Moore said “If you think about the industry today, I don’t know what they exact numbers are, but the top 20 games globally probably deliver 80 per cent of the revenue. Anything that doesn’t hit that top 20 or 25 finds it very difficult to justify itself, its existence, and you kind of wonder why you did it.” Now, it’s likely there is some exaggeration in there, but the reality is that outside of a few AAA-franchises, there are very few franchises in the games industry that could be considered “healthy.”

That’s why the B-grade games and game developers are disappearing, and smaller, indie teams are forming instead. The game’s industry seems to be heading in two directions – the mobile/ download space where teams of one to10 developers are putting together experimental titles, and the really big developers churning out the AAA-grade hits.

There are problems with this model, however, that might not be immediately obvious but are going to have a negative impact in the years ahead. The chief casualty is going to be in terms of creativity and innovation. Small, indie development teams working on smart phones and tablets can be innovative, but with no guarantee of commercial success – especially if the idea is not instantly familiar to someone browsing an app store. On the iOS app store, for instance, discoverability is a genuine problem, and if you browse the top 50 game apps, you’ll see a very common thread – the ones that are successful are the ones that either build on existing commercially popular ideas, or copy them wholesale.

Given that indie developers have families and get hungry like most human beings, there’s an immediate incentive not to challenge the status quo there, and unlike big developers, indies lack the resources to research which new IP ideas would be commercially viable. The reason so many indies go out of business quickly is that they thought an original idea was going to be a good one and took a gamble that failed.

So at that end of town innovation is being stifled, with each breakout hit being followed by dozens of failed indies. With the big developers it’s going to be even worse in the future. AAA-game development costs a fortune. For instance it’s likely that Halo 4 cost in excess of $100 million to make. At that kind of scale any business owner simply cannot take risks. If this was the banking industry, a $100 million gamble investment could land a banker in jail. Nothing so dramatic happens in the games industry, but no business person with any sense will greenlight a $100 million development project unless it is guaranteed to double, if not triple, that investment in return.

And so the developers of those big budget games won’t be able to experiment with gameplay features that might alienate the audience.

To me, none of this is healthy. Looking at the other art forms, there has always been a platform for a kind of “scaled” innovation – those mid-tier creatives that are able to build up a small, but dedicated fan base that can be relied on for support and can produce mid-budget products that are free of financial constraints and yet relatively low-risk for investors. Unfortunately with the games industry, those mid-tier games tend to be the ones traded on the second-hand market, or people wait for them to be discounted. On the publisher-side, that’s why it’s only the “top 20” games that generate the revenue – these are the games that people are willing to buy on day one for full price as neither second-hand sales nor rigorous discounting help to maintain the kind of profitability that can allow additional games to be made.

As the PlayStation Network, eShop and XBLA continue to grow and branch into “full games” we may just see the mid-tier re-emerge. Protected from the negative business practices that can affect games at retail, there may just be enough return to justify the risks that this kind of development entails.

I hope so, because the games industry needs that mid-tier to continue to grow and improve.

The Wasted Land leads the indie sale charge on Android/iOS