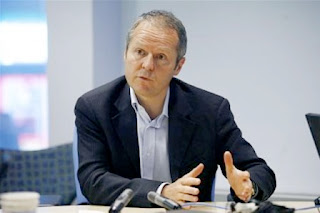 Ubisoft CEO, Yves Guillemot, has come out and said that he believes the Wii U is too expensive. This has ruffled a few feathers, given that Ubisoft is perhaps the most ‘friendly’ third party publisher to the Wii U at this stage. But you know what? He has a point.

In an interview with Gamesindustry.biz, Guillemot spoke out against the Wii U’s price – which is guaranteed to be high compared to the other consoles on the market. “I’m never happy when the machines are expensive. What we have to do there is remember that compared to an iPad, it’s cheap. With what it brings [to gaming] it’s cheap. But I hope they’ll be able to drop their price in time,” Guillemot said.

The other media reports that I’ve read seem to be interpreting his comments as a complaint about the Wii U’s pricing, but I read it as a criticism of the Wii U’s price as a dedicated piece of gaming hardware. That is the actual criticism Guillemot is making here, so let’s run with it a little.

For the Wii U to really compete in the market it’s going to need to hit the kinds of sales numbers to make it worthwhile for developers to invest in it. From that perspective now is not really the ideal time for the Wii U to be launching. With the exception of that GamePad the Wii U is going to be directly competing in terms of specs with two far lower-priced consoles (the existing PlayStation 3 and the Xbox 360), each with very impressive game libraries. Nintendo has to win developers away from both those consoles and their massive install bases. It’s only going to be able to do that if, over the first six months and year, the Wii U significantly outsells those consoles.

Problem is, when people look at screenshots, they’re not going to see a compelling reason to buy the Wii U over its rivals – it’s not that much more powerful than its rivals to make it stand out in static (or moving) images. Of course there are legions of people who will buy the Wii U after playing one, or because they’re a Nintendo loyalist, but I am not jealous of Nintendo’s marketing division with this task.

But Nintendo’s real challenge isn’t Sony or Microsoft. No, it’s the iPad, as Guillemot mentioned in his comment. Here the Wii U is far cheaper in terms of sticker price, but it’s also an incredibly limited product by comparison – it only plays games. The iPad does multimedia, Internet, and content generation better than the Wii U. Oh, and it has a killer line up of games itself.

Now, if you’re reading Digitally Downloaded, it’s entirely possible that you’re the kind of person that likes the idea of dedicated gaming experiences. Unfortunately for you, you belong to a relatively niche group. The numbers are the people buying iPads and playing the multitudes of cheap and free games on the iPad.

You (and I) might not like it, but guess where the developers are going when presented the option of 100 million iPad owners, or the 2-3 million Wii U owners by Christmas? The games industry is an industry of businesses, and businesses go where the numbers are.

I’m not criticising the Wii U in any way here, but Guillemot’s argument is that the Wii U is too expensive for what it needs to achive. Unless there is a price cut immediately after Christmas, than I suspect he’s right. Once the initial rush is over, and once the early adopters and Nintendo loyalists have their Wii Us, Nintendo is going to have a tough time convincing gamers to move on from their PlayStation 3s and Xbox 360s.

Nintendo is also going to have an incredibly difficult time convincing people who were considering tablets and tablet games to get a Wii U instead. The Wii U is simply not going to do the other applications that people looking at tablets would want.

If people don’t buy Wii Us then developers won’t support it. The fact that the CEO of a company the size of Ubisoft is worried about it is proof that it’s a genuine concern in the industry. Is the Wii U’s price going to be a factor in the long term? Who knows – it might just be worth remembering Guillemot’s comments when looking back at the Wii U though.