I have been writing about Fist of the North Star recently, including showing off a bunch of screenshots. Well now we have a new trailer that was posted a few days ago. 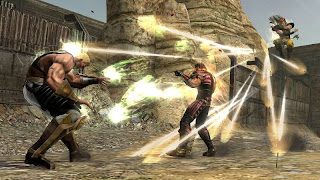 This action title is set to release on December 20th in Japan, North America and Europe for the Sony PlayStation 3 and Xbox 360.  Fist of the North Star: Ken’s Rage 2 will also see a Nintendo Wii U release in those territories January 31st of 2013.