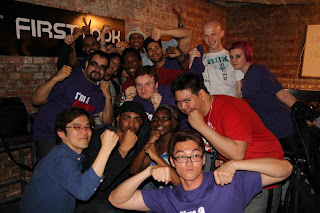 Of all the gaming communities I’ve seen, both online and off, Tecmo Koei’s fanbase would have to be the most loyal and dedicated to the cause.

These guys and ladies buy every Warriors game (and there are a lot of those); and any anime or gaming convention will have groups of people dressed in cosplay taken from Tecmo Koei’s various franchises (and that of course includes Dead or Alive). It doesn’t matter that the big websites like IGN regularly trash “their” games because Tecmo Koei fans shrug and get back to having fun.

In fact, it’s difficult to think of another company that has such a vocal, loyal fanbase despite the critical ambivalence to the games. There is a genuine and positive energy amongst the Tecmo Koei fans, and in a world where you’ve got communities of children (who shouldn’t even be playing the games) yelling homophobic slurs on various shooters, and extreme sexism in other communities, this is a refreshing change of pace. The reason that there is such a positive community around the games is very simple – perhaps more than any other company, Tecmo Koei genuinely cares about its fans.

In fact, Tecmo Koei’s UK-based community manager, Chin Soon Sun, is a fan before an employee. Tecmo Koei took note of his efforts with a popular community website, and recruited him into its corporate ranks. Now he inspires his followers on Twitter and Facebook, and is, in short, a genuine personality (follow up yourself on Twitter: @inspchin).

We were able to sit down and chat with Chin about his great work with the Tecmo Koei community, and indeed why it’s one of the most positive, high-energy communities in the games industry. 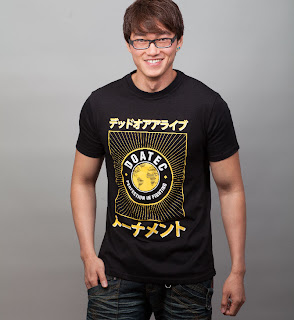 Digitally Downloaded (DD): How did you come to be Tecmo Koei’s Community Manager, and what does the role involve?
Chin Soon Sun (CS): I was discovered by the Koei team back in 2007 on the fan site I created in 2005 called Koei Warriors. I started to work with Tecmo Koei as a freelancer to develop the official sites for it, and a year after that I had been hired to be a Sales and Marketing assistant to get educated.
Now I’m the Community Manager – so it all started from a fanboy in a small town in Malaysia, this story is pretty much about a boy’s dream has come true. As for my role as a Community Manager, I’m involved fully in the community to grow its fanbase and keep the engagement level as strong as possible; other than that, I also do various design works when the team needs me to.

DD: What do you like about the job?
CS: It’s interesting and challenging as I don’t know what to expect to happen each day; so exploring solutions and discovering various opportunities around what happens every day has become my biggest focus. Plus, I love traveling and attend to various events, I think this is another reason I love this job.

DD: Tecmo Koei would have to have one of the most engaged, highly loyal fan bases amongst all the publishers. What do you think has led to such a committed group of fans?
CS: It is to say “learn to inspire, not just to admire” to humanise the social network engagement. The social network has been spreading over the years and has become the essential platform for communications.
You see many companies have been involved in this but to build a healthy community, bot languages aren’t working too well. For my #TKfamily, the word “family” is there for a reason; it’s an accepting community and my main guideline to them has always been “no prejudice, no discrimination, everyone has equal opportunities to be a part of it.”

DD: You’re obviously very active on both Facebook and Twitter. How have these social networking tools helped to reach out to your community?
CS: Facebook and Twitter have helped me to deliver the information about our games. It’s not just that, though, I also take advantage of the platform to deliver positive message to give the community love, support and encourage them to go through their daily lives; that’s what the word “social” is to me.

DD: What are some of the funniest/ most inspirational stories you’ve heard from your community? CS: The funniest thing is when they turn my tweets into something really creatively dirty; those become an instant retweet and favorite material as it put a great smile on my face. As for the most inspirational story, I believe that in my network, everyone is a “Fighter for their dreams”. I receive many tweets from my community telling me that they have worked hard and achieved their dreams; this has inspired me to keep going to work on my life to a better level.

DD: While Tecmo Koei is big in Japan, it’s a niche publisher in the West. What kind of challenges have you faced with growing the community as a result?
CS: The main challenge to develop a strong community for a niche publisher is that I can’t just talk about our games, but I need to get myself involved in many events to meet more people, to get educated and learn from them. But then, it has always been the quality (not quantity) that matters to me the most.

DD: Almost any game/ anime convention has people in Tecmo Koei character cosplay. Do you think it’s TK’s characters that have helped build such a dedicated fan base? What do you think is so appealing about the characters?
CS: London MCM Expo is where it all started; I used to be one of the cosplayers too. Although our games ‘may’ not look very appealing in the Western market, our character design has always been at the top of people’s list of favourites as they’re carefully designed. I believe this is one of the reasons why cosplayers love our game characters a lot.

DD: Which games are you yourself playing at the moment?
CS: Dead or Alive 5 on console, Kumo Lumo on my iPhone.

DD: Finally, anything to shout out to your Australian fans?
CS: I hope to visit Australia one day to meet my Aussies – you guys have always been so cool and relaxed. I believe this is one of the destinations I would like myself to be heading next. Thank you for the connection and keep in touch, MATE (;))