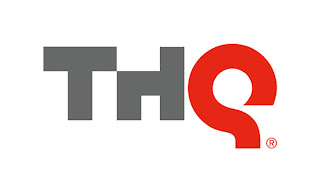 Thanks to our friends at Nintendo Nation, there was a bit of bad news on the wire this morning – THQ is shutting its Australian office.

The Darksiders 2 publisher had already shut down multiple Australian development studios, and was functioning purely as a marketing and logistics function in Australia, but still it seemed committed to the market. THQ was at the recent EB World Games Expo, for instance, showing off upcoming games to go with Darksiders 2.

The shut down doesn’t mean Australians will no longer “get” THQ games, as a third party publisher, All Interactive Intelligence, has been appointed to handle the games in the country, but nonetheless it’s difficult for a publisher to properly represent itself in the market through a third party.

Also worthy of note – THQ was the publisher of Tecmo Koei games in Australia. That contract has passed on to Mindscape, who has plenty of experience in the local market – it has looked after Konami for some years. Dead or Alive 5 was the first game to be distributed under the new contract.

What does this mean for THQ though? Pulling out of Australia might make some sense for a struggling publisher, as Australia is a small and quite challenging market for game publishers. Here they struggle to articulate why Australians need to pay more for physical copies of games, and the Australian gamers are moving to digital distribution at a quicker rate than many other regions – and a local office is largely unnecessary to market digitally distributed games here.

But on the other hand, Australian spending on games is relatively robust, and this is one of the few economies in the world with growth opportunities. Pulling out of this market might represent some very dire confidence in the THQ business, and what might seem to be “just Australia” for now could quickly become a pull-out of other regions as well.