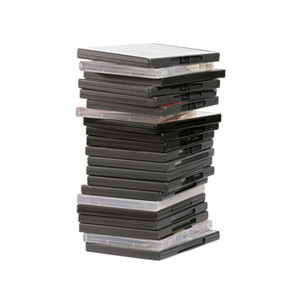 Hello, fellow denizens of the internet, to a late edition of Game Bundles Of The Moment! In this weekly feature we look at some current discounted game bundles and I ramble on about a few of the games found within some of those bundles.

Starting off with a new contender to the digital distribution stores featured on this column is Gamestop’s Impulse platform, with the game bundle being The Elder Scrolls Collection. For a somewhat hefty $62.48 US, the collection nets you ESIII: Morrowind GOTY Edition, ESIV: Oblivion GOTY Edition, and ESV: Skyrim along with Skyrim’s vampire-themed DLC, titled Dawngaurd. Beware, DRM-avoiding purchasers; not only do Skyrim and its DLC used Steam, but Morrowind and Oblivion use Impulse’s Reactor DRM, which ranges from simply serial key checking to full-fledged, pre-Awesome Ubisoft DRM (important data/files being placed on servers, making running the game offline impossible).

Unfortunately, since I have yet to acquire a copy of Skyrim and Oblivion bored me to tears for two hours, I can only give complete thoughts on Morrowind. Morrowind is considered the best of the 3D Elder Scrolls games and there is some merit in that statement; the game retains many heavy RPG elements which makes stories all the more personal and Morrowind has a specially crafted world which really does encourage exploration compared to Oblivions vast expanses of trees and hills. Morrowind also has an enormous amount of quests and and dungeons that are only expanded upon in the two expansions that come with the GOTY edition. Also, those expansions are totally worth playing, as they basically add a good 20 hours on top of the 80 hours or more that can be found in the base game.

Next up is Indie Royale’s Fall Bundle, which, as of writing, is swinging around the $5.35 US range. This bundle includes emotional hard-hitter To The Moon, action-strategy tycoon simulator Oil Rush, adventure game mystery Blackwell Deception, odd sequence-puzzler AVSEQ, and god-like strategy game Reprisal. Normal buyers also get the Oil Rush, Reprisal, Blackwell Deception, and To The Moon soundtracks while those who stretch and pay $8 US get the vanity electronic album 88:88. Other than probably having several of these games in my massive backloggery, the only other thing I can tell you about any of these games is that To The Moon is apparently an amazing experience. But don’t take my word for it.

And finally, we have another digital distribution network entering todays Game Bundles Of The Moment with Good Old Games’ Interplay Pay-What-You-Want deal. For those who pay a minimum of $0.99 US, they get eight of Interplays lesser-known titles. (Everyone has heard of EVOLVA, right?) Those who pay above the current average (around $14.20 US) get 20 of Interplays games, with the expanded set including some more well-known properties published by Interplay (Earthworm Jim, Descent 3, and Freespace). The final $34.99 US tier grants the purchaser all of Interplays older games found on GOG (including all three of the original Fallouts, the first two Descent titles, and both MDK games). If you are into older PC titles I cannot see how this deal would deter you in any way. Also, thanks to GOGs DRM-free policy, this is a great opportunity for offline PC gamers to expand their game collection and continue to give DRM-obsessed companies the middle finger.

And that is all of the moments hottest deals! Check back next week for video games and hopefully on-time columns!