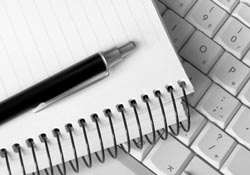 I don’t actually think Sony sucks at all. I actually rather like Sony. But that headline may well generate for me more traffic than anything else this month.

Over at N4G today the #1 story is “I hope Sony goes away so people won’t have anything to cry about.” The first sentence is a failure of grammar (“I just got done reading an article…”) and the rest of the article doesn’t really pick up from there.

The games industry suffers a great deal from a lack of properly qualified writers and editors covering it. Even the biggest websites hire young students or unqualified enthusiasts to help cover the massive amount of news and information that flows through the industry. The editors and publishers of games publications also tend to be younger than their counterparts in, say, political news or the specialist trade press.

It’s understandable that these are the people that are recruited, of course. Games journalists do not get paid that much money, and it’s rarely a career that can properly support a family. For most journalists, games press is a stepping stone into better paying roles. But in the games press itself this ‘training ground’ creates a couple of problems. Games journalists often have not completed formal training in journalism. Without that their understanding of ethics and the journalistic process is incomplete. With equally inexperienced editors and subeditors (if there are even subeditors), there is a lot of content that gets passed through that in any other form of journalism would see the article returned to the writer covered in red ink.

And on top of that, it’s relatively easy for someone to set up their own website and publish articles, without any kind of accountability whatsoever. This is a can of worms just waiting to be torn open – no accountability means no quality control.

Of course, citizen journalists are nothing to be feared, and are themselves a way of forcing accountability on the professionals. The problem with games journalism is there are very little to separate a professional publication from a citizen journalist blog. A newspaper like the New York Times produces content of a highly controlled nature that a political blogger can’t, and so the New York Times is the more visible source of information. In the games press space, those lines are far more blurred and what wins the battle for visibility tends to be other intangible factors – headlines, for instance.

Is there a solution to this? Probably not. There’s no formal body that encourages self-regulation within the industry, and even if there was there would be very little reason for many games publications to adhere to those standards. It would be nice for some form of encouragement to emerge that rewards those publications that work hard to bring a higher level of journalistic standards to the industry, however.

I’m very interested to hear your thoughts on the state of games press – does it need to be fixed? How could it be? Sound out in the comments below!

It’s a jungle on the PSN Update

Silent Hill Book of Memories demo impressions: this game is THE Vita exclusive