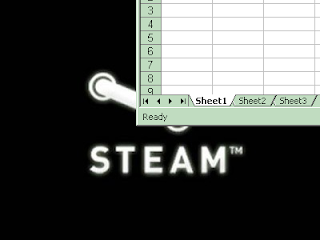 In what may be considered the most unexpected twist of the decade (we are not even two years in!), Valve has decided that Steam must consume every digital software market rather than just the digital gaming market.

Yes, Valve has decided that Steam must also sell software. In a news post that went up today, Valve has announced not only that software ranging from creative to productive applications, the first of which is planned to be announced on September 5th, but those programs will also take advantage of Steams features such as automatic updates and Steam Cloud saving. Also added to the mix is that software developers will be able to submit their programs to Steam Greenlight, a soon-to-be implemented feature where community members will vote on which games and pieces of software will be admitted to Steam without Valves sanction.

If you are looking for more details, those are the only concrete facts that have been confirmed. According to Valve employee Mark Richardson, this shift in focus was caused by “Customer Requests” that involved said customers asking for software to be sold on Steam. Also, the first instance of the word ‘Software’ is put into double-quotations. Speculation away!

Nyu Media has five more doujin games on the way