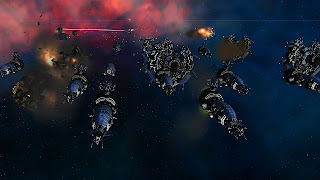 4X strategy titles are a tricky affair.  Diehard fans of this genre have very high expectations of any new release due to existing games that have been great and established their cult following. On the other hand, because of how deep these titles attempt to go, it is fairly easy to go astray and make a mess of things. This is sadly the case with Legends of Pegasus, which is a shame because you can see there are some great ideas at work here, but the execution is lacking in a lot of ways.
The attempted scope is impressive, and Legends of Pegasus tries to draw inspiration from a lot of different sources as it throws everything and the kitchen sink at the player. While this could set the learning curve high for newcomers to the genre, it seems like a great recipe for veterans. Unfortunately the game released in a very, very bad state. One could almost make the case it was a beta state. There have been frequent patches for the game since its release last week, addressing a variety of broken UI elements, crashing and performance issues.
Even with the patches I have downloaded, the gameplay can be a bit rough.  Playing for more than an hour or two led to a handful of crashes. I have had more luck than a lot of other players so far. Metacritic, Amazon and other sites with customer reviews are absolutely roasting this release – to the point where a lot of customers have been asking refunds of both Kalypso and Steam.
The storyline is fairly uneventful to start as you represent a race moving through the galaxy attempting to survive. The gameplay itself actually gives you quite a few options as you try to colonize and manage planets, upgrade your ships and participate in space battles. The menus really could provide a lot more information than they do, but they get the job done since one of the most recent patches fixed a handful of interface options that were not working properly upon release. 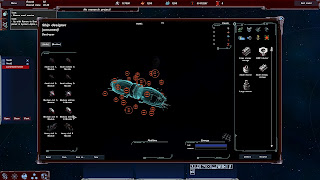 The economy as you try to develop a true civilization could have used more explanation as well. Like many similar titles, you have to balance things like how heavily to tax your citizens against their morale. At first I had no idea that there was a financial debt you could bury yourself in while building away happily, and I never saw any warnings until I was at a point where I could no longer buy any buildings and had no good means of making money to climb my way out of debt.
The combat is interesting in that most of the game is handled in a turn-based method, but combat is handled in real-time.  That can make things a bit chaotic at first until you get the hang of giving ships specific orders.  Unfortunately I felt like the tactics were lacking as most opponents just made straight for my units and then sat and shot with little in the way of flanking or discernible strategy. I actually liked the more real-time flow of the combat, but it felt disjointed when compared to the rest of the turn-by-turn nature of the game. For example, when you build a factory, it will complete in so many turns. To advance time, you move to the upper-right of the interface and manually choose to end that turn. 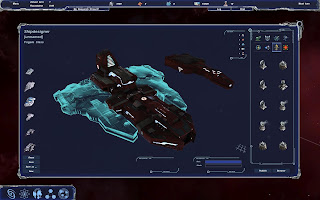 The graphics and sound are not too bad, nor is the music. There is enough variety in the sound and music category that I never felt annoyed by it, and none of it felt particularly out of place. Visually the game is fairly solid in appearance, though sometimes the performance could struggle to keep up and things might stutter along if I had been playing for an extended time. These kinds of bells and whistles are nice, but far from a primary concern with a game of this nature as long the gameplay itself holds up.
There are a few different modes to make use of here, with a campaign, skirmish (think of it as a quick play) and a multiplayer (though I never got a session to successfully connect). I spent the majority of my time with the single player campaign, which is where the deepest part of the game is at. Unfortunately, even in this mode, things are still pretty rough around the edges and far from intuitive for newcomers to the genre.
There is some good strategy to be had here, and it is nice to see that the game has been receiving plenty of patches. The game stability and quality has improved as a result, and while it is a shame that this title released in such a poor state, it is promising that the team behind it has been working so quickly to resolve the issues.  The main question is, even if you get past the technical shortcomings, is Legends of the Pegasus fun to play?  The experience is not bad, but I cannot say the game itself is great either. It is a series of good ideas that feel cobbled together without ever reaching its lofty potential. Legends of Pegasus can best be summarised as a case of quantity over quality.