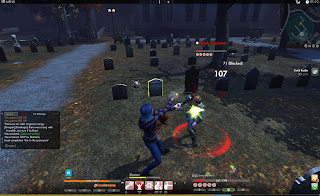 Yet more evidence that the free-to-play model is the future for MMOs, it seems, with Funcom’s highly-rated The Secret World crashing miserably.

The subscription MMO has sold just 200,000 copies since release, and has been blamed for some less-than-positive financial results for the developer.

This is despite it having a reasonable critical reception (average of 71 on Metacritic, and just the one negative review score), and a positive reception amongst gamers (8.4 average on Metacritic).

Given that this is a premium, subscription-based MMO, and given that there are so few of those remaining, it would seem that for all the vocal claims on online forums and the like that people don’t want free-to-play microtransaction-supported games, the reality is that people don’t want to pay for an MMO upfront that isn’t World of Warcraft (and even that game is starting to bleed subscribers).

Evidence of this? The Secret World is a game that drew a lot of community interest. There were 400,000 Beta sign ups – that’s right, twice as many as people who actually bought the thing – and while I could understand the low sales figures if the Beta was uninspiring, it would seem to be that the generally-positive community response should have encouraged more people to buy the final product.

But they didn’t. And what’s next for Funcom?

“Funcom will concentrate it’s [sic] new development on more focused, systems-driven games that have a high degree of community and player interaction. These games require less time and development cost to bring to market.”

I’m just hoping that at some point gamers are going to realise that if they really do want their high-quality, expensive-to-produce games free of microtransactions and released on devices not made by Apple, they’re going to need to start actually supporting the publishers.