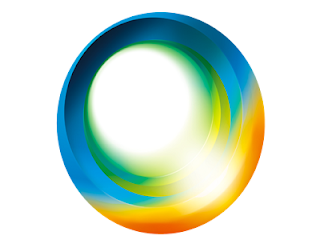 Here’s a question for our readers (and it’s worth answering, after all, there’s Frequent Flyer points in it for you 😉) – how much longer before Sony starts to shift the bulk of its online offerings to paid subscription models?

Allow me to outline a couple of reasons I think there are all the signs (or warning signs, depending on your perspective) that this is going to happen, likely sooner rather than later:

1) Gaikai. Sony’s acquisition – which it made when in a self-confessed dire financial situation, to boot, demonstrating how big this acquisition is to Sony’s strategy – is a sure-fire sign that to Sony subscription models are the way of the future.

The point of Gaikai is to sell a service, moreso than individual games. We’ve seen this happen in the music and movie industries with the likes of Spotify and Netflix, and Cloud is a stated goal of Microsoft as well. Sony’s previous president – Sir Howard Stringer – spend much of his time putting Sony in financial difficulties as he prepared the company to rely less on low-margin hardware, and more on high-margin services. It was a necessary transition for Sony, as painful as it looked from the outside, and Gaikai is the first sign the company is ready to capitalise on it.

2) Music Unlimited. Sony’s rival to Spotify proves the company is already playing with subscription Cloud services. One of Sony’s strengths is the content that it has, in music, movies and games. As music is the easiest and least-risky service to transition to Cloud, treat Music Unlimited as an experiment (and a good sign that Sony does Cloud services well). Movies will likely be next, and then? Yes, games.

By making it optional, Sony has used PlayStation Plus as, effectively, market research and consumer training. By tapping in to the early adopter market, the company is able to push out ideas without worry of alienating the bulk of its fan base, and at the same time it is preparing consumers to understand that the future of gaming will be low-price or free games that they access through an annuity-pricing Cloud service.

I think Sony has been smarter about this than Microsoft, who continues to meet resistance in convincing people of the value of its subscription services. By giving consumers incentives to join in in the early term, rather than forcing their adoption of the service, Sony is building goodwill around the service before developing it further.

To me, the signs are that a great deal of PSN functionality will be rolled into the “Plus” service in the not-too distant future. This is not a bad thing. Love Sony or hate Sony, Sony has developed into a company that offers good value for service. Yes, it’s at times expensive, but then so is Apple. What you get bad is well worthwhile.