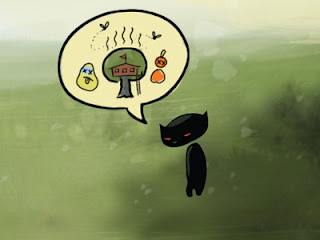 Unfortunately, magic has not been discovered yet, so we will have to settle for video game sales on Steam. Today’s daily deals on Steam are more strategy and RPG oriented, as the subtitle of this day hinted at. While action and racing fans are not left out in the cold, they were only thrown one bone each. As before, the following prices are in US dollars;

Yet again there is another indie bundle simply labeled Indie Bundle 3. The bundle includes BIT.TRIP BEAT, Braid, Bunch of Heroes, Insanely Twisted Shadow Planet, and Runespell: Overture. Admittedly, this bundle contains much more high-profile titles than the previous two, making it the overall best indie bundle to appear in the Summer sale.

Unfortunately, the evil and cruel Flash Sales are still present today and will presumably remain until the Summer sale becomes a thing of the past. Ignoring my disappointment, here are the current Flasj Sales;

Once again, yesterday’s sales are still ongoing. For little over ten hours, the games from yesterday’s daily deals will retain their sale prices, so if you missed any of the sales you still have some time. I personally forgot to pick up Payday: The Heist, so I’ll be taking advantage of the extra time.

As the same as the first day of the sale, I have not played many of the titles in the daily deals, but I will give my recommendations about what games I can. Borderlands is a very interesting title; while being an addictive first-person shooter/RPG hybrid, the storyline quests are rather dull. It is also a game where the co-op aspect was one of the central focuses, meaning that the game can feel lifeless without a group of friends. I also do recommend picking up the DLC, as the base game is rather dull in terms of its locations. Frozen Synapse is a game that I would recommend to everybody and not just genre fans. To sum the game up, it is a the equivalent of an early Rainbow 6 title but only turn-based and orchestrated from an overhead perspective. When I first started playing about this game, I was turned off by the combat system, but as I got more and more into the game I quickly started loving the gameplay. It just feels so different and unique enough compared to the dozens of other strategy games that it is worth checking out by everyone. The last game I am going to recommend for today is Brink. While I only played it during a free weekend, I was able to get a solid seven or more hours in the game. The game definitely fails on its goal of trying to blend a single-player and multiplayer experience together. However, as a multiplayer game it is not as bad as some have made it out to be. True, there are other, better multiplayer experiences, but I could not see a major fault in this game while I was playing it. However, be warned; the community may or may not be dead at this point in time, so make sure you take that into account while you are thinking about buying the game.

The weekend discussion: “What is your guilty pleasure?”