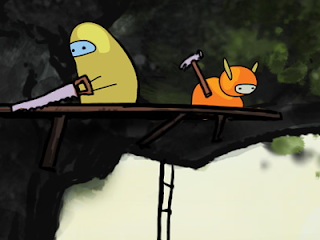 Once again, it’s that time. Steam has updated its daily sales and a new bunch of games are ready to consume whatever is left your wallet.

Today’s selection of titles are much more oriented towards the shooting and action gamer rather than the strategy nuts, but there are a few select titles for those that like to play god. Also included in today’s sales is another indie bundle, simply called Indie Bundle 2. Unfortunately, the individual titles in Indie Bundle 2 are not reduced in price, so it’s a take-it-all-or-leave-it situation. Again, all prices listed below are in US dollars;

Going back to Indie Bundle 2, there are five games up for grab in this bundle; Botanicula, E.Y.E.: Divine Cybermancy, Oil Rush, Splice, and Universe Sandbox. If you payed for each game separately, the total cost would be about 31 US dollars. If you buy the bundle, which currently is retailing for 10 US dollars, you would save 21 dollars, making the bundle an overall good deal.

Once again, the evil tactic of the Flash Sales is still present, so here are the current Flash deals (again, the prices are in US dollars);

This moment’s community-chosen sale is Tom Clancy’s Ghost Recon 2: Advanced Warfighter, which is $2.49 and has little under 270 minutes left before the next community vote between RAGE, The Darkness II, and Assassin’s Creed Revelations ends.

For those that missed yesterday’s deals, do not worry; Steam is still running the previous day’s sales for another 24 hours. I personally am extremely happy for this change in events, as it allows for more people to have time to buy great games at great prices.

As for recommendations, this moment’s deals consist of a large amount of games that I have played, so I can recommend a few more titles today than yesterday. I would first like to recommend everyone go download Tribes: Ascend right now. Although it is a free-to-play game, it feels like a complete experience and is a true blast to play, especially when you can go +190 MPH. Secondly, I would like to recommend Lara Croft and the Gaurdian of Light. While most of Lara Croft’s recent outings have been lackluster, this game really is a blast to play whether you go it alone or with a co-op friend. The third title I feel the need to tell you about is E.Y.E.: Divine Cybermancy. Included in Indie Bundle 2, the game appears to be a standard science-fiction-inspired RPG first-person shooter, but it is much more ridiculous than that. In the end, you either embrace the game for its bizarre weirdness and ambition or you stay several miles away from it, never to return. To say the least, E.Y.E. quite clearly divides the people who play it. As for the final game, I do recommend The Binding Of Isaac, but it is not a strong recommendation. While other people love it, I am kind to the game but will not warmly cuddle it while I sleep. And no, it is not because of the controversial content; I just find the game to be good instead of fantastic.

The weekend discussion: “What is your guilty pleasure?”