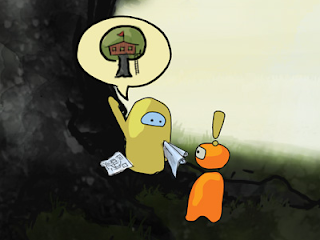 It’s that time again, folks; Steam is having another Summer sale. Prepare your wallets for the fasting that will commence…

As usual for its summer sales, Steam is having daily deals. This days deals are very well-rounded, ranging from military first-person shooters to fantasy dungeon-crawlers. Below is the full list of games that are on sale (prices are in US dollars):

Also thrown in today’s daily deals is an indie bundle, simply titled Indie Bundle 1. For 10 US dollars you can get Anomaly: Warzone Earth, Cave Story+, EDGE, Lone Survivor, and The Baconing.

In addition to almost everything else on the store being heavily reduced, Steam also has two new additions to this sales madness; Community-decided sales and Flash Sales. The community-decided sales are what they sound like; each day of the sale the community will have a set time to be able to vote on which of three games get sold at a cheaper price. The current selections are Saints Row: The Third, Batman: Arkham City, and The Witcher 2. While it is extremely nice for Valve to let the community decide what they want, the Flash Sales are the most evil tactic that I have seen Steam employ. To put it simply, the Flash Sales are daily sales but only shorter. After one of the four current flash sales have expired (Spacechem, Deus Ex: Human Revolution, Rayman Origins, and Mafia II), a new Flash Sales will take its place and remain until an unknown amount of hours have passed. Not only does it encourage constantly checking back, but it feeds the impulsive urge that has been implanted by Gabe Newells schemes of creating the most prominent digital-only gaming service.

For those looking for advice on what to buy, I can safely say that I have not played half of the games that are on sale. I can recommend some gems, though. I highly suggest that you pick up Terraria and Deus Ex: Human Revolution. To me, Terraria did what Minecraft failed to do; create an engrossing experience that made me want to build and adventure rather than hide in a 2-by-2 hole I had made in the ground. On the other hand, I believe that Deus Ex: Human Revolution failed to truly bring back the innovation of the original Deus Ex; the game focused too much on stealth and hacking rather than letting the player decide their approach. However, to call Deus Ex: Human Revolution anything less than great would be criminal in my eyes. It’s a smart, well thought-out game that really shows games can be better and more interesting that simple gun-ho, meat-plastered festivals of violence.

Kickstarted Wasteland 2 now will include Wasteland 1