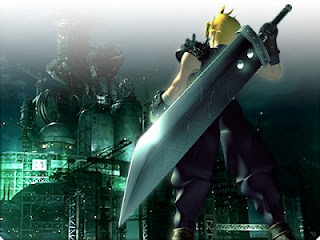 In what may or may not be a hypocritical move, Square Enix has just announced a PC port of its most revered RPG Final Fantasy VII. While it appears that the port will only be available through Square’s online store, the game will not just be a simple by-the-numbers port.

Included in the port are several features that more modern gamers will find pleasing; 36 achievements have been added to the mix along with cloud saving for when you want to pick up that giant sword while using another computer. A potentially controversial addition is the new Character Booster feature, which will allow a player to change the stats of any character in their party to their liking. Health points, mana points, and gill can all be maxed out or reduced to their minimum with this feature. Although a bit obvious, the port Square Enix is producing will support Windows XP, Windows Vista, and Windows 7 in both their 32-bit and 64-bit variants. Below are the minimum system requirements;

For those wondering how this might be a hypocritical move, Square Enix has stated various times that an HD remake of Final Fantasy VII would never happen, with the most prominent explanation being that it would take months of work to recreate all of the background-based locales of the original game in a completely three-dimensional environment. The most recent statement about this topic has come from Square Enix CEO Yoichi Wada, with him stating that they have no intentions of remaking the classic until they can best it, with his justification being that an HD remake would surely damage the series in irreparable ways.