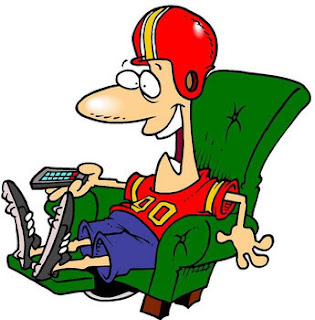 One of the things I learned early in my career as a journalist is something I’ve come to realise is so obvious that I should have never had to learn it in the first place: a journalist should never have an opinion that they don’t have the evidence or plenty of experience to back up.

It’s a mantra that a lot of games journalists need to learn. Whether they realise it or not, putting digital ink to a publicly-available digital piece of paper (in other words, writing for a website), can be hugely influential. Journalists are capable of shaping bad opinions, and spreading misinformation. Essentially, being wrong has consequences.

That’s not to say that journalists can’t have opinions that others disagree with. In fact, one of the most important jobs of a good journalist, I believe, is in opening discussion and being the instigator behind the flow of ideas. But it can’t be a case of the blind leading the blind. A journalist needs to accurately represent the issue at hand for a productive discussion to occur.

But, as I look around the Internet, I find all kinds of examples of “armchair experts;” and it’s these people who ensure games journalism remains down the very bottom of the barrel in terms of not only ethical reporting, but quality writing.

The armchair expert is notable for a few things. They know a lot about games, and so they’ve developed a deep passion for games and, as thinking beings, have decided what they like and don’t like about the industry. That’s the good bit. But then they make assumptions that are based purely on their own subjective opinions. As just one example (and I’m sorry for calling this website out in particular, but it just happens to be around – there are plenty of other similar examples out there of all sizes), because the armchair expert doesn’t like timed exclusives, timed exclusives become “shady” business practices.

In other words, going beyond knowing a lot about games, many games journalists assume that they’re qualified to comment on the games business. The author of the aforementioned article has a BA in English. This means she can write, and that’s great, but it hardly qualifies her to pass judgement on the business practices of major global corporations. Or another common example: games journalists with no background in marketing whatsoever are happy to tell Sony that “they” (a common error that bugs me – businesses are not people, they are “it” not “they”) need to advertise more and all “their” problems will be solved.

I’m inevitably drawn to this thought: do games journalists walk into operating theatres to instruct a surgeon how to perform heart surgery because they’re big fans of medical shows? Or do they walk into an airplane cockpit and tell the pilot they’re “doing it wrong” after playing a flight simulator? No, of course not. So why do they think they understand business better than a CEO of a company, who has likely been doing business for 20, 30, 40 years? A CEO can be a bad businessperson, just as a pilot can be a bad pilot and a surgeon can make mistakes, but that doesn’t mean the typical games journalist knows why they’re bad. Business is a profession, not a study, and it’s only learned through practical experience.

Of course, we all pass lay judgement on corporations, politics, religion and everything else imaginable in our private conversations, on Twitter and on Facebook. I don’t need to know much about being a President or Prime Minister to know I don’t like what they’re doing, and I say as much regularly amongst my social circles. People are social animals, and people have opinions. This is of course fine. But journalists have an ethical responsibility to be accurate and balanced, and not just throw out random opinions. Unfounded opinions and unsupported analysis are never going to legitimise what will become a very important form of journalism in the future – this is why I refrain from writing about politics.

In most other forms of journalism, you need to know about the subject matter before you’ll get a job writing about it. Medical writers typically have medical degrees. Business writers usually have either years of experience in trade press or economics degrees. But not games journalists. There are exceptions, of course, but aside from the trade publications like Gamasutra or Edge, the games journalist is usually a student or very young graduate.

Part of the problem is the fact that anyone can buy up a bit of web space and call themselves a “journalist,” but being a good writer is more than being able to string sentences together and having correct grammar. Being a life-long gamer allows you to have an articulate opinion on what is a good game, and what is boring as hell, sure. It doesn’t make you an expert on how games are made and sold.

(Disclaimer, because I just know this is going to come up in the comments – I’ve got 15 years games journalism experience and six years of business journalism, three of which as an editor. I’ve got two degrees, one in media and communications, and another in marketing and commerce. I also care a great deal about the games industry, and I would love to see the journalism side of it come up to standard).