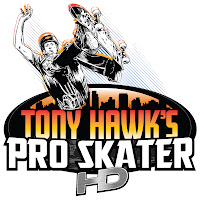 Tony Hawk was the premier name in skateboarding not all that long ago and so were the games that featured his name. Now after a few disastrous tries at something ‘different’, the birdman is back.

I’m sure, there are a lot of folks out there reading this who were big Tony Hawk’s Pro Skater fans ‘back in the day’. Even non-skate fans (like me) were into what was one of the most amazingly addictive games in any genre at the time.

Eventually though, like all good things, this had to come to an end (why is that anyway?). The series started doing a lot of things that I didn’t care for which all culminated in the atrocious duo of Ride and Shred- complete with plastic skateboards. Well, I know it’s not easy, but try to forget all that right this very second- because Tony Hawk’s Pro Skater is officially back in action.

This isn’t a full on remake, and it’s not a ‘new’ game either. What THPSHD is is a collection of levels from across the first two games of the series. Those classic courses were than stacked with the same great control scheme from THPS 1 and 2 (with ‘manuals’ added in for bigger, easier combos), and remade in the Unreal Engine 3.

Although the graphics are definitely better than the original releases (and aren’t ‘bad’ by any means), they’re not going to bowl you over either. The levels have been prettied up a bit and are good looking enough with some cool details and updated looks that longtime fans should definitely enjoy (and remember skating through). They don’t have to do anything beyond that, and they don’t for the most part, they just kind of do what they do and provide a backdrop for the skating.

And while it’s hardly game breaking, I did notice a few quirks here and there. Instances where my skater would phase into the wall were the most common. It’s one of those things that, even though it’s not that bad, I wish would have been worked out before the final release. Some of the levels are a little too spartan in their ‘decor’ too and seem like they could have been filled up a bit more with things to trick off of. Though looking back on it, that may have changed the flow of the original levels (that have been duplicated here) a bit too much.

Music was a pretty big part of the THPS games from years ago. The first game in particular had a very memorable soundtrack and I’m happy to report that THPSHD does too. It’s not all old school and some might take issue with that, but there’s enough here from the original two games’ track sets to make any longtime fan smile wide. Even more than the tunes though, I found myself loving the effects.

There’s nothing spectacular about them (and it probably sounds nutty) but the various skidding, rolling, and grinding effects really make for an entrancing cacophony while I played. It’s almost like a soundtrack all by itself actually. And then when it’s punctuated every once in a while with the sound of  a skater smacking into the wall… it’s perfect.

You know what else is perfect? The control. Simple, simple, simple- and that’s why it works. Even if you couldn’t find a way around a real board to save your life, you’ll find yourself pulling off tricks, chaining manuals (a great inclusion by the way), and grabbing sick (oh god no, keep the sk8ter talk out of this review, thanks – ed) air off the half pipe in no time flat. The control set isn’t cluttered with superfluous moves and unnecessary fluff that would either water down or make the experience way too difficult- it has just the right amount of stuff to do and tricks to pull off without feeling daunting for someone who’s never played before. It’s just great, playable, fun stuff.

There is a little bit of a difficulty curve here. To me at least, I found that the game ratcheted up the difficulty quite a bit after the midpoint of the career mode and I had a pretty tough time playing through some of the later levels. Honestly, the game is so addictive that all making the game harder did for me was make me play through even more.  I found myself not minding at all trying (and failing) for collectibles and high scores over and over again.

Adding to that addiction are the included extra modes of play like Free Skate, Graffiti Mode, and Big Head Survival. Big Head is a standout and is almost as much fun to play as the main campaign. The goal is to keep doing tricks to prevent your head from getting too big. Fail on enough tricks (or just don’t score enough on them) and your skater’s noggin will grow to unsightly proportions till he/she is too cranialy bloated to ride.

I haven’t played a skateboarding game in a long time period. I haven’t played one that I actually enjoyed in even longer. There’s so much to like here though that it’s hard to say anything too bad about Tony Hawk’s latest. The game’s just flat out fun. Maybe it’s a little bit nostalgia, maybe it’s the amazing job that developer Robomodo did (and they were responsible for Ride!), or maybe it’s just a testament to how good THPS and it’s sequel were were crafted to begin with, but this is one almost perfect kickflip across the pipe and I loved every wall riding minute of it.

Tony Hawk’s Pro Skater HD has pulled off perhaps the greatest stunt in extreme sports video games- it brought the Tony Hawk name back from the dead.