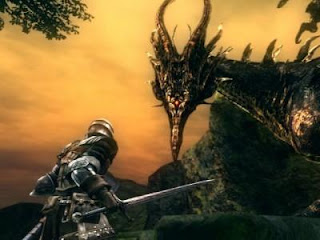 Remember when Dark Souls got announced for personal computers after an almost 100K-signature petition? Everybody was happy. But then the box art was revealed, with the white, ever-so-hated “Games for Windows Live” logo right at the top of the packaging. This caused yet another outrage with another petition, as GFWL is in the opposites spectrum in terms of comfortability and convenience. And then a few weeks later console players of Dark Souls apparently noticed that the PC version of the game came with brand new additions, such as more enemies, more areas, and more bosses, which lead to ANOTHER petition to get all of that extra content to consoles in some form, whether it be by update or DLC. With all of this petitioning, it seems that Namco Bandai and From Software are now trying to end it in the best way possible.

Posted earlier today on VG24/7, the PC version of Dark Souls: Prepare To Die Edition will now be using Steamworks instead of Microsoft’s uncomfortable and more restrictive solution. With Steamworks put in place, the game should now be playable offline. Included in this announcement, the extra content that the PC version will include will now also be available for the Xbox 360 and Playstation 3 in the winter of this year (2012) as DLC. The DLC will be called “Artorias of the Abyss” and will cost $14.99 for PS3 users and 1200 Microsoft Points for Xbox 360 users. The PC version of Dark Souls: Prepare To Die Edition is planned to be released on August 24th (24/8/2012) while a console version of the re-release will be launched sometime in the winter, presumably alongside with the launch of the DLC.

I’m personally very pleased with this announcement. I’ve been eying Dark Souls for quite a while despite not having a PS3 and it definitely looks like a game that I could lose my free hours and my thumbs to very easily. My only hope is that the PC edition is not just a simple port-job.