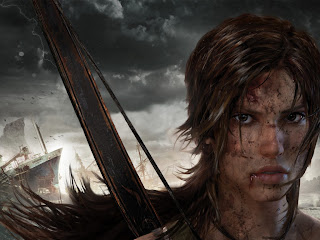 It’s a bit like a rolling stone down a mountainside – though the upcoming Tomb Raider reboot didn’t cause a massive controversy in E3 (after all, we had Hitman for that), in the days since that rolling stone has become an avalanche of complaints over the extreme violence (including sexual violence) found within the game and very idea that this Lara Croft is a venerable woman that needs the player to “protect” her.

To paraphrase the chatter on social networks and the like: people are criticising the game for essentially taking one of the few strong female characters in the games industry (come for the breasts stay for the kick-ass attitude and heroism), and turning her into a mewing innocent girl who will be subjected to all kinds of horrors that she, without the protection of the big masculine hero with the game controller and bottle of mountain dew at hand, will quickly perish.

And I do get that perspective; on the surface of things I think the game has a lot of questions to answer, now that we know it is going over the top with the horror thing. A key tenant of horror is that it takes the power away from the characters and leaves them at the mercy of very real physical danger. Horror, as a genre, taps into the ‘flight’ mechanism of our brains, not the ‘fight’ survival instinct, which is where Lara previously occupied.

That leaves the game in deep danger of appearing misogynistic, as players will go in expecting Lara to be an empowered woman. What they’ll likely get will seem like a concession to the juvenile boys who need the virtual womens to compensate for their lack of real world social skills. 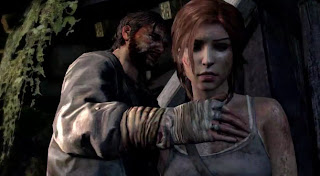 But that said, I think it is far, far to early to dismiss the game on that basis – and those same criticisms have been levelled at the entire horror genre over the years. A genre that it must be said has also turned out some real works of art. Yes, Tomb Raider might well fall into the trap of merely playing to male fantasy, it’s also entirely possible that this game could be the most intense horror experience of all time. Certainly the trailer does a great job of building the claustrophobic tension that is a hallmark of a good horror experience.

Think about it this way – people will go in expecting Lara to be an empowered woman. To instead find a character that is way out of her depth in an absolutely horrific environment could in turn humanise her. It happened with the recent James Bond reboots – the character become one we could empathise with more when we realised that he was not the God of Spies and capable of making mistakes. For the Lara Croft to be in a situation that she can’t handle is going to make the whole experience more relateable.

In other words: it’ll be shocking. Given that the new Tomb Raider game seems to be borrowing liberally from movies such as The Human Centipede or Hostel, I rather think shocking is the point. In what might be the first example of high-profile goreporn in video games, Tomb Raider of all games might just be breaking some new ground.

That means it won’t be a game for everyone – lord knows goreporn is an acquired taste, but there’s something weirdly human in the most extreme of experiences – it’s downright Foucaultian, and so I think we’re taking things a little too much on face value to suggest that Lara Croft in the new Tomb Raider game has become objectified. There’s every chance that the exact opposite is happening and finally we’ll have a character that we can identify with.

Wheels of Destruction is free to expand