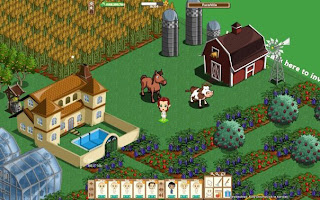 If there is one legacy Zynga will have at the end of days, it’s Farmville. The little Facebook game of hoarding virtual stuff has spawned literally hundreds of imitators.

They all follow much the same formula – use virtual currency to “buy” something, wait a set period of time for that something to grow, or be built, then reap the XP and virtual currency rewards. As you level up through the XP you get access to cooler new stuff, and slowly your virtual space fills up with stuff that you can place around as decoration to show off to your friends. And you can exchange real money for even better-looking stuff that is impossible to access using the virtual currency.

Just about everyone has played one (or a few) of these, and more of us have been hooked on at least one of them than any of us would like to admit (after all, real gamers can’t be caught dead playing ‘casual’ games, right?)

What makes good Farmville-style game? I would argue it’s three things; balancing the time it takes rewards to come in with the powerful psychological effect of withholding gratification, a charming personality through the theme and characters; and a wide range of things to collect to keep people coming back for more.

And with those three traits in mind, here’s three “Farmville-style” games that I recommend people looking for a casual game experience try out. You might just get hooked: 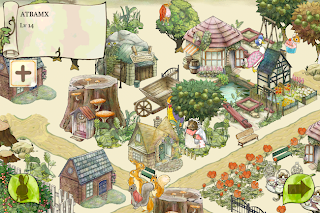 Peter Rabbit is, of course, a beloved children’s character, and that personality is immediately obvious in the game. The art style is very true to the book’s original art work, and the main reward here, beyond building up a little village for Peter and his friends, is unlocking “pages” from the classic Peter Rabbit books.

Peter Rabbit’s Garden is also up there with the least intense “Farmville-style” games I’ve ever played, in terms of demanding you fork over real money for the good stuff. You’re missing out on less here than in the other games if you don’t want to pay, and that’s a good thing for the really casual gamers.

The only downside? It’s iPhone only. This game would be gorgeous in HD on the iPad, but alas, it’s not yet to be. 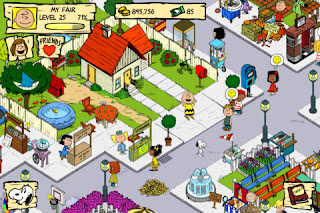 The game itself absolutely brims with Snoopy charm. Just about every character and every event will make you smile – from the simple act of Snoopy jumping into a pile of leaves, to the exploits of Woodstock, there’s a sheer innocence and happiness to this game that is quite charming.

It’s also a game that will suck up a lot of time if you let it. There’s minigames and a near constant stream of things to do in Snoopy that makes it difficult to put down. 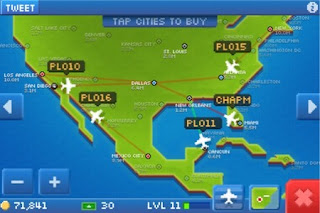 I think we’ve all, at some stage, wanted to own an airline. Pocket Planes isn’t exactly a simulation of the business, but it’s still immensely rewarding to watch the flight paths of your growing fleet. There’s something immensely appealing in ending up with a map of the world that looks like the back page of an airline’s travel magazine.

It also helps that the visuals, by the same team as Tiny Tower, are adorably cute, and have a healthy dash of humour to them. The big-headed little fellows also have a “twitter” feed on your airline that has some true laugh-out-loud moments.

The socialising side of this game is its true strength. It’s possible to ally your airline with your friends, and end up with a global network of flight paths all working together. The downside is if you’re playing by yourself and don’t want to spend real money to speed the process up, the game runs incredibly slowly. It takes forever to build up a network to cover Australia, let alone start flying overseas.

I’m very interested to hear from our readers if there are any “Farmville” style games that you play. What are they, and why do you play them?

Finally: A 3DS game that brought me tears of happiness