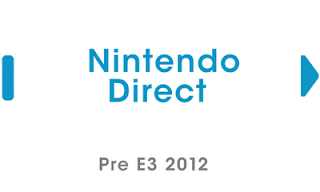 Nintendo’s Pre-E3 Nintendo Direct conference has concluded. You can see the details of the article as they appeared after the jump:

Not able to tune into Nintendo’s pre-E3 Nintendo Direct conference? Never fear, Digitally Downloaded will be covering the news as it happens on this very page.

The conference is set to host some news on the Wii U, though there will not be any new titles revealed at the moment. The show is only 30 minutes in length, so don’t go expecting Iwata to reveal the Wii U’s entire feature set or anything. The “major” news will be coming in the next couple of days. Expect things shown here to either be hard-hitting and fast or mere teasers of what is to come tomorrow.

If you’re on a device equipped for viewing videos, you can watch the conference yourself over here.
Share this