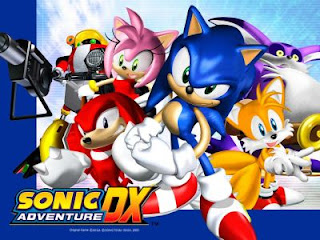 While the digital release of Sonic Adventure won’t exactly win over the masses today, it’s still a reasonably solid title with plenty of content for interested parties. In fact, there’s so much to do that the premise of downloadable content seems a tad unnecessary. Nevertheless, there’s some logic to it since back in the day, Sega released an enhanced port of Sonic Adventure called Sonic Adventure DX: Director’s Cut featuring additional features. This downloadable add-on serves as a transformation patch to turn your game from plain old Adventure into Adventure DX.  With that in mind, is it worth upgrading your experience? To be honest, it’s still just as unneeded.
Prior to its release, fans figured that Sonic Adventure’s digital download would be a direct port of the original Dreamcast game and that the add-on content would transform it into the enhanced Game Cube or PC versions. Turns out these people were quite wrong, as the base game is actually a port of the DX version. If that makes no sense to you, it essentially means the “Dreamcast” game is the enhanced edition, minus a few select tweaks. In other words, the core gameplay present in the $9.99 USD game is exactly the same as this add-on pack (bugs, fixes, changes, et al).
This also means that some things like the improved Chao Garden made it into the original release. While that’s undeniably a good thing for consumers, it means this add-on packs significantly less punch. Perhaps the Chao Garden is a poor example since it still lacks a lot of the important functions seen in the Game Cube release (specific breeds, the ability to take your Chao around in your GBA, etc) and this add-on doesn’t do anything to rectify that. Still, you’re actually getting most of the deluxe edition when you buy the standard game. 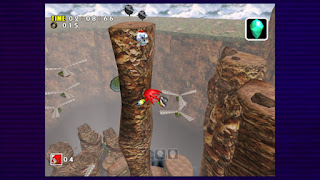 Mission mode is by far the meatiest addition offered by this add-on. It’s essentially 60 individual tasks for the various characters of the game to complete. They’re rather trophy/achievement-esque in terms of what you need to accomplish (though speaking of which, this DLC only includes three trophies). Some tasks take place in the hub world whereas others are confined to the levels. For example, one mission is a simple fetch quest while another one requires you to perform very specific jumps at a certain point in a level. In order to complete the goals, you first need to find them by exploring the game’s hub world. Finding a data disk will trigger an event, subsequently telling you what to do.
Some goals are vaguer than others and a number of them can be rather frustrating to complete. Regardless, a few people might find that mission mode adds even more value to the game and encouragement to revisit the less played levels. If you don’t mind shelling out $4.99 USD for just this, you should get some light fun.
Note that I say it’s worth it only for the mission mode. Metal Sonic is another highlight in the game’s description, but unfortunately he doesn’t add very much. In terms of gameplay, he’s an exact carbon copy of Sonic albeit with a mechanical coat. The full extent of his differences include different sound effects and a few snazzy animations. He can only be played in Trial mode, lacking his own story or place within Station Square’s world. Perhaps worst of all, even though you’re paying money for this, Metal Sonic is only available after obtaining all 130 emblems. If you’re planning on buying this just to play as Sonic’s mechanical rival, make sure you 100% complete the game first so you don’t waste your money. All in all, Metal Sonic amounts to little more than an excuse to replay Sonic’s stages again, though even then he isn’t a compelling reason to do so. 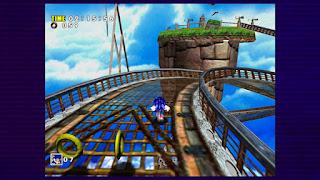 What about the 12 Game Gear games present in the Game Cube’s DX release? Even if you purchase this download, you won’t be seeing any of them. It goes without saying that it wouldn’t be financially wise of to Sega to charge $4.99 USD for a side feature that could easily be its own compilation, but it again means that this add-on loses some lustre and authenticity. Unlocking a new Game Gear title every few emblems was a terrific incentive to contend with some of the buggier stages in the game (see: every one of Big the cat’s levels).
This downloadable content pack would have been a lot better if the original Dreamcast game was the core and DX was the Game Cube game. Granted, it might not be fair to expect that amount of work for a simple port, but then it’s not exactly fair to expect people to pay for this either. For $4.99, all you’re really getting is a throwaway bundle of missions, which still doesn’t bring the game up to the Game Cube’s standard. The core experience has more than enough content for its asking price so it’s advisable to stick with that.
-Clark A