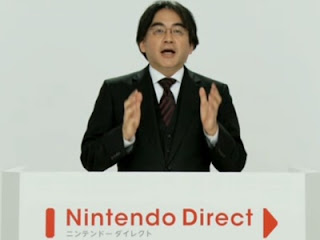 Although our Matt Sainsbury has already given his thoughts on the 3DS XL redesign, we have yet to cover anything else about the Nintendo Direct conferences that happened within the past 12 hours. For those that missed the conferences, here is a summary of the big points that digital gamers might be interested in;

— The 3DS XL was revealed. The screens are 90 percent bigger than the screens on the 3DS and the console sports a new look. The console does not include an extra analog stick or the two extra shoulder buttons that the Circle Pad Pro extension added to the 3DS. The revision launches on August 19th in the US and launches over two weeks earlier in Europe on the 28th of July.

— Nintendo is pushing 3DS eShop content in two ways; first, Nintendo has stated its goal of adding two virtual console games every week. Lastly, Nintendo is also having game sales. While North American owners will only be able to get Super Mario Land for $2.99, Europeans will have sales for a total of ten games; Pullblox, Zen Pinball 3D, Let’s Golf! 3D, Legend Of Zelda: Link’s Awakening DX, Dillon’s Rolling Western, Freakyforms: Your Creations, Alive!, Fun! Fun! Minigolf Touch!, Mighty Switch Force!, and Super Mario Land 2: 6 Golden Coins along with Super Mario Land will be on sale within the next two weeks.

— A Kingdom Hearts 3D: Dream Drop Distance demo is available right now in the Nintendo eShop. Having yet to play it, I cannot tell you whether any quality is present in the title.

— A team from NAMCO BANDAI has joined forces with Nintendo and Masahiro Sakurai in creating the next Smash Brothers game. Members of the team are those that have previously worked titles in the Soulcalibur, Tekken, and Tales series. As for the next Smash Bros. game, the only concrete facts we know are that the title is being dual-developer for the 3DS and Wii U.

— The new 3DS entry in the Professor Layton series, Professor Layton and the Miracle Mask, will arrive in November. Whether the title will also be available for download on the 3DS is unknown.

— A new Art Academy game is coming to the 3DS. Whether the game is a retail game or a download is unknown at this time.