The HD Collection packs together Zone of the Enders (also known as ‘the one everyone likes’) and it’s sequel, The 2nd Runner. Both titles will be fully remastered with high-def graphics and sound.

Developed by Kojima Productions, Zone of the Enders HD Collection will include fan favorites Zone of the Enders and its sequel Zone of the Enders: The 2nd Runner. This will be the first time the games are featured on platforms other than the PlayStation®2 system.
The essential Zone of the Enders series features engrossing storytelling paired with thrilling robot fights in a futuristic interplanetary setting. Players control fast and powerful mechs (robots) known as Orbital Frames to blast their enemies into oblivion. 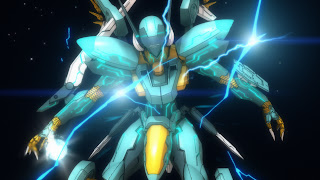 Actually looks pretty impressive, huh? At any rate, it’s nice to see ZoE back in action after being packed away in mothballs for so long. Now, how about a brand new one Konami?

Zone of the Enders HD Collection will be available this Fall on the PS3 and Xbox 360.

Put a stake in these Van Helsing screens