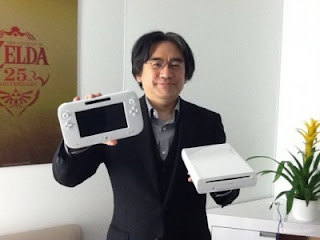 Many people, including myself, will agree that Nintendo’s weakest part of its current game console plans have been the online side of things. While the Nintendo DS and the Nintendo Wii both had online functionality, they were very bare-bones compared to what competitors had. Developers wanting to digitally publish their games on Nintendo consoles might have the worst straw; 6,000 unit sales before payment, long certification times, and the 40 MB game limit were the main reasons why developer Beamdog abandoned WiiWare and the rest of Nintendo’s future download services. However, according to an unnamed individual working for a European developer, future developers may find a better deal in store for them.

Yesterday on Wii U Daily, a supposed individual who works for a European developer talked to the website and stated that Nintendo is offering big incentives for developers to sell their retail games digitally through the Nintendo’s Wii U eShop. The individual states, “They’re offering insane incentives for publishers to sell retail games as downloads on the console. You’d be stupid not to take advantage of it and go retail box-only.” When asked what the incentives were, the mysterious source said, “it’s just a much bigger revenue cut that you’d get selling it on any other platform at the moment, plus promotions on the online store.”

Along with those comments, the source also said, “if [Nintendo] pull it off and it gains traction, it’ll press the other guys [Microsoft and Sony] to give more of the revenue to the publishers. It’s very good for us who make games. You’ll be making a lot more per unit sold digitally than at retail with the Wii U. And from day one.” The individually also said how this might be a good overall deal for independent developers; “The new platform is perfect for indie devs, it’s a whole different ball game than WiiWare. [Nintendo] have learned a lot from that mess”

In the past we’ve seen Nintendo admit their failures and promise to avoid future incidents, and if what this mysterious source says is true, then this will be definitive proof that Nintendo really wants to get their act together in accordance to their online structure. These statements also give heavy justification to what Cloudberry Kingdom team lead TJ Lutz said about how Nintendo “Sold” them on creating a Wii U version of Cloudberry Kingdom.

If this rumor gets debunked or is otherwise proven to be fake, Digitally Downloaded will update the story to reflect it as such.