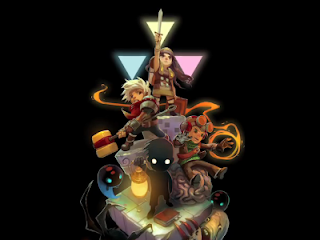 Started on May 4th of 2010, the Humble Indie Bundle promotions have been great for everybody. Not only have many video game players been able to experience many great games with no form of DRM for whatever price the players want, but a majority of the money that the promotions receive directly goes to charities and non-profit organizations such as Child’s Play and the Electronic Frontier Foundation. Besides the developers agreeing to allow the option for an individual to pledge 100% of their chosen amount of money to charities, I don’t see how anyone loses in this situation; it’s quite possibly the most full-proof plan for decreasing piracy, pleasing the player, and avoiding angry customers. Of course, consumers may eventually burn out on these deals, but patience and delivering great games is how to curb that problem, which is what the recently launched Humble Indie Bundle V has done.

If you head over to HumbleBundle.com right now, you will notice that Humble Indie Bundle V (5) is now live for purchase. Not only does the bundle contain two of the most well-known horror games of this generation, specifically Amnesia: The Dark Descent and Limbo, but it also contains two games that I have heard nothing but praise for; Psychonauts and Sword & Sorcery EP. Supergiant Games’ extremely beautiful Bastion is also included, but paying above the average is required for getting the game into your bundle. Along with these five games, their soundtracks are included for the additional price of nothing. While it is unknown if any more games are to be added, there is a good chance that there will be additions to the bundle in the future, as that is par for the course.

While I can’t give my opinions on either Bastion, Limbo, or Sword & Sorcery EP, I can give my thoughts on Amnesia and Psychonauts. For Pychonauts, I can easily say that it is one of the most fresh and entertaining games that everyone forgot to play and buy from the previous generation. While the controls could be a bit unruly at times, the game was a great blend of ideas and action-platforming that easily warranted all of the critical praise it got. As for Amnesia, it’s a horror game for those that find Resident Evil and Dead Space bland. While the game can be boiled down to a first-person, 3D point-and-click game, the game does an absolutely superb job in building an atmosphere that breeds fear and anxiety. Until the follow-up is released and shown to be more horrifying, Amnesia: The Dark Descent is most likely to maintain the title of the best horror game from this generation.

The fifth Humble Indie Bundle is planned to end on the 16th of June and the current average price as of the posting of this article is $7.79 USD.