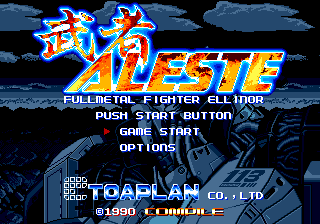 The Virtual Console has seen better days, it seems. Over the past few months, more games have been removed from the service than have been added in most regions. Case in point, we’ve seen titles like Sonic the Hedgehog, R-Type, Teenage Mutant Ninja Turtles, Bloody Wolf, Drop Off, and Legend of Hero Tonma all disappear since the beginning of 2012.

This month’s casualties are Aleste and Eggy, which will be removed from the Japanese Virtual Console on May 22nd. If you’ve got a Japanese Wii, now’s the time to get downloading. The games can still be downloaded in the future once you’ve made your purchase, but you’ll never have the option if you don’t buy now.

On the bright side, D4 (the company behind the removal of the aforementioned titles) still intends to release the Neo Geo title Shock Troopers to the service so this is not a sign of pulling out support.