‘Casual RPG’ Squids has been available on iOS for a while- now PC gamers will get their chance in the deep.

The popular iPhone and iPad game has been downloaded over a million times and has set it’s tentacles on gamers of the PC persuasion. I had the good fortune of reviewing the game when it was released last year and it’s surprisingly fun and quite involved for something that’s been tagged as ‘casual’.

Developed by a team with years of experience working on AAA computer and console games, the lighthearted SQUIDS has diverse appeal thanks to its casual (yet very addictive!) gameplay, tactical RPG-inspired elements, whimsical cartoon art style, and humorous adventure storyline. The Squids’ lush underwater world is being threatened by insidious black ooze. Now it’s up to a ragtag team of Squid heroes to fend off the ooze-infected crustaceans and protect their homeland from certain destruction.

By choosing among four classes of Squids, each with unique abilities and equipment, players build a team of Squid heroes to engage in turn-based battles against rival crabs and shrimp. The billiards-like controls are easy to master: simply use the mouse to grab a Squid by the tentacles, take aim, and fling it across the battlefield. But success can be harder to achieve, requiring strategy and skill as players learn to use the environment, their party’s strengths, and the enemies’ weaknesses to the Squids’ advantage. A catchy soundtrack and comical animations complement the casual playing experience. 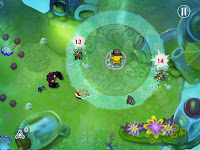 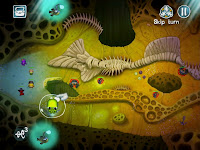 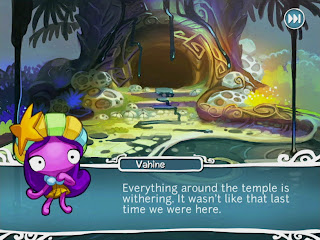