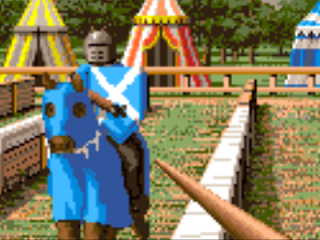 Defender of the Crown has been around for a very, very long time, in plenty of different forms, right back to the Commodore Amiga. Though the initial developer, Cinemaware, went bankrupt, it was since acquired and the new company, Cinemaware Inc, went as far to modernise the game on PS2 and Xbox.

That game, Robin Hood: Defender of the Crown was a pretty good light strategy game for those consoles. But all we’ve got on the iPad is the original Amiga game. Never mind that the iPad has already proven it can handle PS2-quality games, oh no, let’s get really classical here.

The problem is of course that Defender of the Crown has aged terribly. Everything that the original game was famous for has been superseded to an embarrassing degree. The original was famed for being visually spectacular, but the sprites and artwork has aged terribly. The relative strategic depth of the game now feels more limited than a game of Risk. 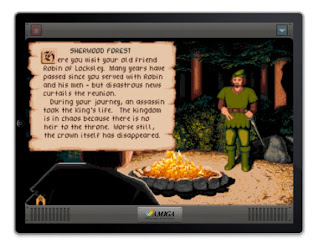 For those few people that haven’t played one of these games before, it’s a very simple process. You start in control of one territory within the UK with the goal of capturing the entirety of England. To do that you collect taxes (automatically generated each turn based on the number of territories under your control), recruit soldiers (three different types, with the more expensive being better quality), then attacking enemy territories. In battle, you’ve got no direct control over the fight (and indeed, the fight isn’t even visualised. It’s simply numbers counting down as units die), though you can control which strategy those units adopt. The more aggressive you are, the more damage they’ll do and the quicker they die.

There’s also some minigames that being good at can help boost your fortunes in the quest. They’re simple things like lobbing catapault rocks or fighting in jousts, but they do bring some spice to the game. There’s also the occasional random event (thieves, plague etc) that can damage the coffers and make your life generally quite miserable. 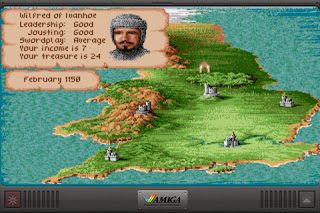 And that’s it. That’s the whole game. Once you’ve killed off all the rivals you’ve won and it’s time to play again. The enemy AI isn’t very bright thanks to this being an Amiga game and all, and because England’s such a small country, there’s only a couple of territories to conquer.

The controls are pretty terrible, too. Rather than just tapping around the place (which, you know, would have been logical for a strategy game), the iDevice becomes a virtual mouse, and acts a bit like a trackball. Tapping on the screen is the equivalent of clicking on a mouse. It’s clunky and does occasionally lead to mistakes. In a basic strategy game.

It’s not that the basic idea of Defender of the Crown isn’t still sound, because that PS2 game would be a must-have iPad port. It’s the fact that this is a port of the oldest possible version of the game. For a little bit more money you could pick up Nobunaga’s Ambition or Romance of the Three Kingdoms Touch, and both of which play like 30-year old evolutions of this basic game. So go and get those instead.