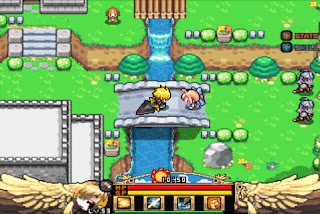 This was always going to happen, but as one of the most prominent developers and publishers in the mobile space, Gamevil has grown 160 per cent according to its first quarter financial results.

The Korean specialist reported sales of 16.6 billion KRW and 5.2 billion KRW in net profit. That’s a year-on-year growth of 160 per cent and 105 per cent respectively.

It’s also more proof that free-to-play is a winning strategy (or even #winning). The company has fully transitions to become a free-to-play game publisher, and 91 per cent of sales came through in-app purchases.

The company’s popularity outside of Korea has exploded, too, growing 437 per cent in the quarter compared to last year.

The company has 16 titles slated for release in the next quarter, and of those five will be internally developed.

Anyone else a big fan of Zenonia?

Max Payne gets HEALTHy on iTunes

Review: Defender of the Crown (iPhone)