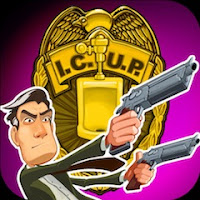 With pretty much zero hype since it was announced and not much backing it in the way of a movie, television show, or anything, developer DNA interactive has launched The Naked Gun as an old school adventure game on Apple devices.

The title features the next generation of the hapless Police Squad and is headed up by the son of the character Leslie Nielson made famous- Frank Drebin. Sounds kind of cool too-

Named as one of the most anticipated mobile games of 2012 by Pocket Gamer, THE NAKED GUN: I.C.U.P. was designed by DNA and Bad Neighbors as an uproarious adventure game that introduces a fresh twist to the venerable Paramount Studios film franchise.  Spoofing modern crime dramas and popular video gaming culture, THE NAKED GUN: I.C.U.P. features classic 2D adventure gaming styling updated for today’s modern audience.  Gameplay features include finger-numbing mini-games, collectible objects, upgradeable environments, completely arbitrary unlockable outfits and surprise cameos by some of the gaming world’s most notoriously obnoxious characters.
Bob LoCash, the original film series writer/producer who penned the game’s all new storyline, stated, “Bringing this new chapter to life with the amazing and talented crew at DNA (I was held hostage for three days with a sack over my head until I agreed to the preceding statement) was a total pleasure. This game is something special – a funny and engaging piece of entertainment that will hopefully win the hearts of Naked Gun fans, gaming fans, and comedy fans alike.  If not, there’s always dinner theatre.” 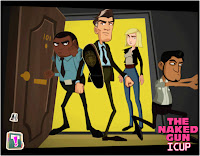 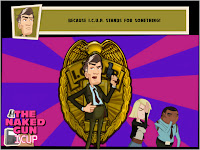 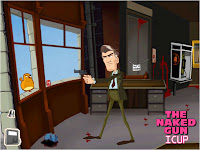 The Naked Gun: I.C.U.P is available now on the App store as a universal App and will run you $4.99 USD.