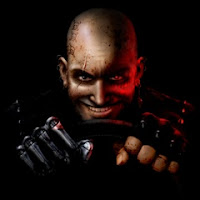 The original vehicular splatterfest (which just started up a kickstarter campaign BTW) is on the way to everyone’s favorite classic gaming storefront.

GOG (Good Old Games) has just announced that Carmageddon will be smashing into the site on May 30th (that’s this Wednesday). The once controversial game will be sold in a bundle with it’s expansion The Splat Pack for $9.99 USD. It also goes without saying (at least for anyone who’s ever shopped with GOG) that the game(s) will be DRM free. You can grab it here as soon as it posts.

Also kind of exciting on this US Memorial Day is that GOG is having bunch of sales to make sure your afternoon is stocked with more than just barbequed burgers and franks. There are a few neat titles listed right here on the Digital Box ‘o’ Fun sale page that just might pique your interest (Commandos!).

I think I might be legally obligated to mention that the page also has a pretty interesting fact about ol’Y2K. I’m gonna go and call this the fact of the day just because I’ve never realized this (and it’s awesome)- Baldur’s Gate 2, Icewind Dale, and Diablo 2 were all released in the year 2000. Talk about a banner time for action/RPG fans. And kinda crazy- Diablo 3 just released (as we all know) and there’s a (sort of) remake of the original Baldur’s due sometime this Summer. What are the chances we get an Icewind Dale related announcement at E3?