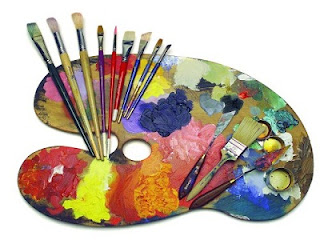 Pandora’s Tower on the Wii was one of those rare games that was provocative enough to cause me to think about the very nature of games. You can read my review of the game over at Otaku Gaming, but I’d like to take the opportunity to discuss one of the reasons I think the games industry continues to struggle with its legitimacy as an artistic medium; that is that the only value of a game is as a piece of entertainment.

The games industry is the only creative platform that seems to demand that its artists focus exclusively on the “fun factor”. If a game doesn’t have that raw entertainment value, or if it isn’t easy to play (note: I don’t mean “easy” vs. “hard,” I mean “accessible” vs. “abstract”), critics tend to take the hammer to the game. If they don’t the community reviews and scores (as influential as the critical reviews these days) certainly do. Occasionally, a game manages to get through fine with the critics and community without that focus on entertainment and is quite abstract in execution (Dear Esther being a good recent example of that), but those are very much exceptions to the rule.

To put it simply: I believe the games industry is so hung up with that entertainment value that it has become remarkably good at being the equivalent of a blockbuster, and struggles mightily at making a more abstract, intense work commercially viable. 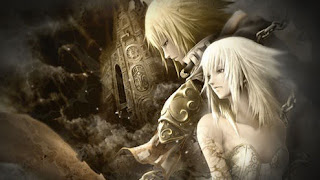 Right now we have an industry that steadfastly refuses to recognise the value of transgressive experiences. The film industry, for instance, has Gespar Noe’s Irreversible (just one of many, many examples). It’s a film that is deeply affecting to watch, and not in a good way. I don’t think anyone would ever claim that movie is “fun.” And yet it is a profound film and almost universally lauded by critics and audiences.

It also breaks every rule about filmmaking possible. It runs in reverse order, with the narrative ending being at the start of the film, and uses colour and lighting in a way designed to make the audience physically uncomfortable. It’s making a point – a very valid, intelligent point – but it’s not getting there in an entertaining fashion. I don’t think it would be possible to make a game equivalent to Irreversible, because it would be universally shunned, and that’s if it even got past the aggressive self censorship of the major commercial platforms operated by Sony, Microsoft and Nintendo.

Other forms of art that are enormously fulfilling, but not entertaining in the traditional sense, are difficult concepts to sell in game form. The raw power of opera, for instance, almost necessitates that the audience doesn’t understand the words in the lyrics, because the understanding is found through the feeling of the music, not the words being sung. Ballet features no dialogue whatsoever, but paints epic plots nonetheless. Those games that attempt to capture the artful minimalism of ballet or opera – such as Pandora’s Tower – tend to find the point missed amongst a discussion of the gameplay itself. To be simple: woe be to the developer that produces a game with dialogue in Latin and no subtitles.

Instead, the games industry tends to model its artistic credentials on the presentation. We are led to believe than an “artistic” game is one that looks like a painting or has a classically-themed soundtrack. Games we hold up as examples of the artistry of games –Ico and Journey, for instance, belong in art galleries for certain. They’re beautiful examples of interactive art, and Journey especially does a great job in containing a player’s experience to the linear message that the developer had conceived.

Aside from that approach to art, the expectation is that games should be fun, little more than action films turned interactive. Call of Duty discovered there was an appetite for big explosions, and it’s like Michael Bay has invaded the mindset of every developer since. Don’t get me wrong, Call of Duty is fun. Bay films… can be fun. They’re not art.

And don’t get me wrong, games like Journey and Ico are legitimately art, but they’re one kind of art, and my point here is the games industry likes to dismiss any other artistic expression. Furthermore, when critics and people talk about these games, the discussion around these games is still largely based on them being pieces of entertainment. There are games out there that I would argue model themselves on other artistic expressions, and preference those features over being “entertaining,” and they never go down well. Ninja Gaiden 3 is a virtual ballet performance that captures some beautiful, graceful movement. The elegance of the movement is brilliantly juxtaposed against a backdrop of extreme violence and even a touch of horror. Indeed, the game’s story is told through that juxtaposition because, just like the ballet, there’s very little to the plot outside of the movement. 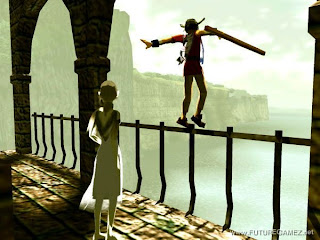 Ninja Gaiden 3 was critically slaughtered for being a “boring” game. Is it boring as a game? Perhaps, but I would argue that’s not the point. Pandora’s Tower is another incredibly flawed game at a technical level. I’d also argue it’s superior as artistic expression to most other action RPG games out there because it’s merely using the interactive form to push an artistic agenda. Pandora’s Tower is a touching opera turned into a game – a point I’ve yet to see another critic pick up on.

With any other form of art, we’ve transcended the idea that the only way a book, painting, film can be “good” is if it’s entertaining. We’ve come to realise that meaning is as important as entertainment. If we, the gaming industry, want games to also grow as a legitimate form of art, we need to start treating them as more than a simple way to unwind after a day’s work. These games can be far more fulfilling on an artistic level than that.

So what do you think? Can a game only be art if it is also entertaining? Sound out in the comments below!

The Trial of the Xbox Live update

The dead rise in the PSN Update